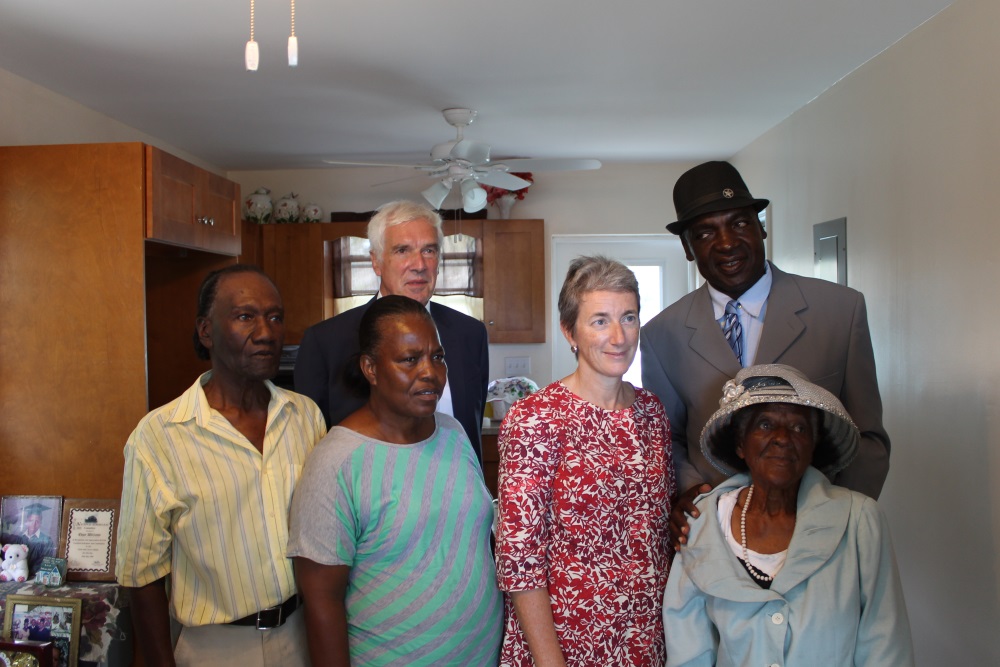 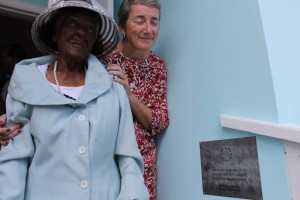 Providenciales, 26 Feb 2015 – The successful delivery of the $6.25m project which saw 58 homes rebuilt or repaired following Hurricanes Ike and Hannah in 2008 was officially marked in the Turks and Caicos Islands today, Thursday, 26 February 2015.

The closing ceremony was presided over by Head of the European Delegation to Jamaica, Belize, Bahamas, Turk and Caicos Islands Cayman Islands, Ambassador Paola Amadei, who ceremonially handed over a set of keys to project beneficiary Doris Williams in the capital, Grand Turk.

“That the construction has been completed so quickly, and that the works have been done to such a high standard, is an incredible testament to the hard work of everyone involved since project activities began in 2012,” said Ambassador Amadei. “It was certainly no easy task.”

“The EU’s support for the Turks and Caicos Islands has been tremendous,” added TCI Governor Peter Beckingham, who is also chair of the country’s Disaster Recovery Board (DRB).

“The DRB allocated the resources available to those people in greatest need, with those on the lowest incomes and/or living in a damaged property with elderly, infirm or disabled dependents taking priority.”
The European Union, of which the UK is a member state, supported repairs to the damage caused by the Hurricanes on the TCI islands of Grand Turk, South Caicos and Salt Cay. A 2009 UNESCO study identified these as the worst affected by Hanna and Ike.

In total 24 new homes were built; major repairs conducted at a further 27 properties (including new roofs, guttering, rainwater cisterns and storm shutters); and seven homes also had minor repairs carried out.
All of the building work was carried out by local firms, including Olympic Construction, Higgs Construction, Parker & Sons Construction, as well as other small sub-contractors.

Contractors and their staffs also received training, delivered by local professionals, in the application of the new TCI Building Code to residential construction. The training notes produced by the project are now available as a guide for contractors and residents undertaking residential building projects in the TCI.