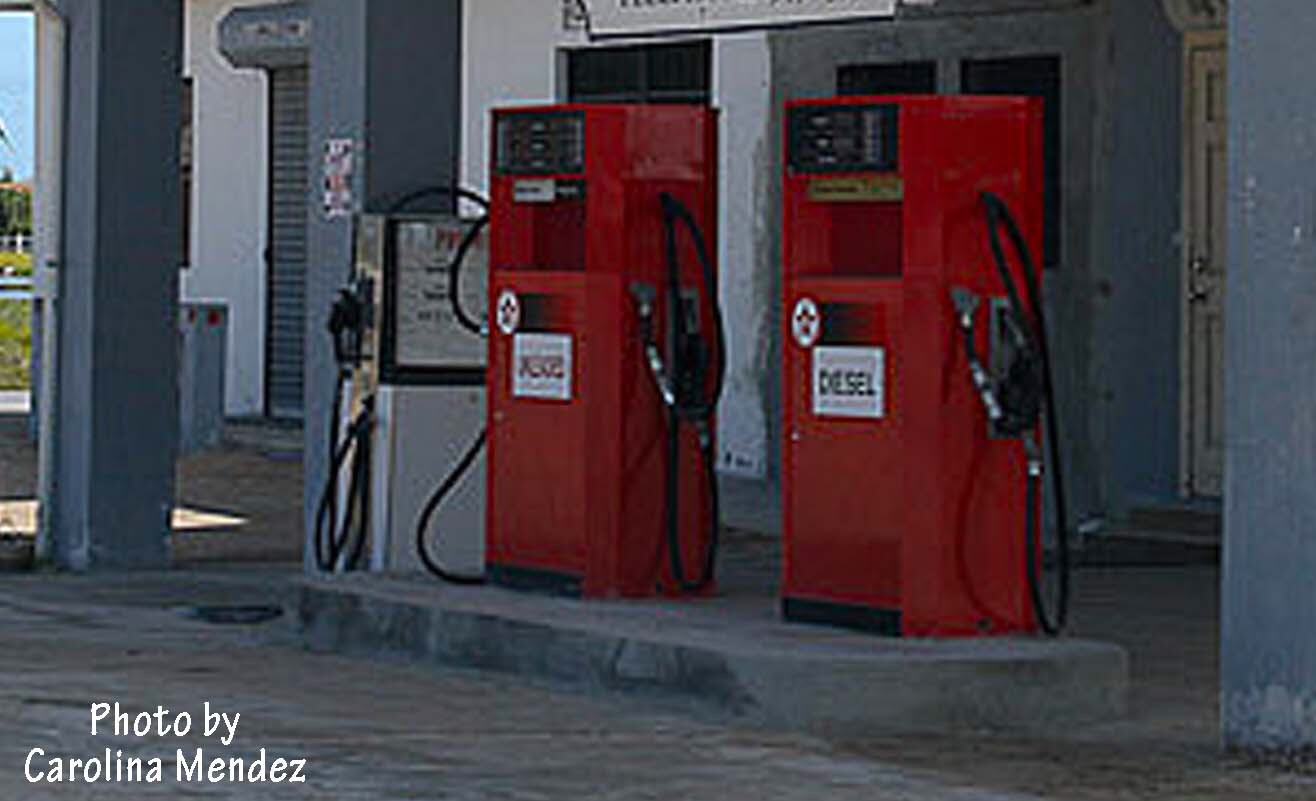 Providenciales, 07 Jan 2015 -Significant price differences in the cost of fuel at our gas stations are raising concern in The Turks and Caicos; some fuel pumps are offering gas by the gallon for pennies under six dollars; while others are well over that six dollar price; one writer put a figure at $6.21. The writer adding in that letter to Magnetic Media, that the gap between the US price for fuel and the local price seems way too wide. The big buzz is how radically reduced costs are for oil by the barrel; falling to 2009 figures due to OPEC charges, over-supply and low demand globally. Crude oil prices are reported between $48 and $50 today; and those big dips will fall even further. We called Energy Commissioner of the TCI, Malike Cummings about the disparity; he again told us there is still no legislation to control what service stations do with their pricing at the pumps but that the upcoming budget year may see that changed.

“As related to the gas stations, we do not have the legislation in placed to actually regulate prices. So that has been a challenge but we are looking forward to having those regulations in place.”

The motoring public is therefore at the mercy of the conscience of the gas station owners. Mr. Cummings explained that he has met with some fuel station owners where there has been little to no movement in the cost per gallon of gas only to be told the shipment of the fuel here is why the change is slight.

“There is a lag between the price you see at the world crude oil prices, and the price you will see here because that’s crude oil, it has to be refined so there is a supply chain and logistics and time lag we have to cater for. So typically we are about a few months behind what you will see in the US.”

Later we focus on Mr. Cummings remarks’ about the changes in costs by Fortis TCI, the nation’s power supplier.