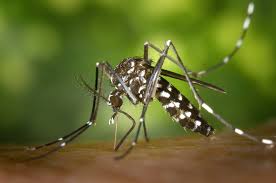 The mosquitoes are breeding like rabbits and making residents miserable – that original apathy now turning to anger in some cases; most concerning though is if that means there has been any surge in cases of Dengue Fever and Chikungunya in the TCI. Cursory checks revealed that some stores are running out of Off and other Deet containing products as the mosquito problem intensifies… MM has been issuing scheduled spraying exercises by area by the Environmental health Department through WhatsApp and the reaction is interesting…. Residents are calling for the Dept to bring its ONE fogger to areas already completed and that’s mere hours after the spraying was done… this could mean, mosquitoes are breeding at such a rapid rate the lone team cannot keep pace. In North & Middle Caicos – again with one team – we understand, they have reverted to spraying to kill mosquitoes even during the daytime.