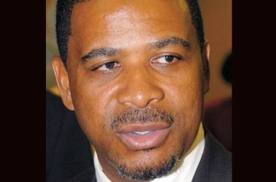 Turks & Caicos, Friday, Sept. 12 – Former Premier Michael Misick appeared on RTCs Expressions talk show with Rev Dr Conrad Howell, well he expressed his view. Misick who served as Tourism Minister said zero spending on tourism promotion is appalling… Mike had been criticized for his spending on tourism advertising which amassed a slew of creditors including a lawsuit for a million dollars by travel magazine Conde Nast. Nonetheless, the ex-premier explained that under Rufus Ewing, not one cent has been paid for promotions. The former premier believes while it is good that arrival figures are up, it is not good that the spending on vacations by visitors to the TCI is down.