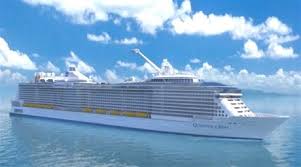 The English –speaking Caribbean still has some more work to do to boost tourism arrival numbers.

The Caribbean Tourism Organization recently released its latest statistics and topping the Caribbean for the highest stop-over tourists so far for 2013 was the Dominican Republic with almost 4 million visitors between January and October and trailing right behind was Cuba with just a little over 2 million stop-over tourists between January and September.

Jamaica recorded the highest numbers in stop-over tourist arrivals between January and September with some 1.5 m plus visitors, seconded by The Bahamas with just a little under 1 million visitors.

The Bahamas however, had the highest number of cruise ship tourists in the Caribbean with more than 2.7 million cruise tourist already been to its shores between January and July.

The Turks and Caicos Islands though on the lower end of the numbers recorded over 200,000 cruise ship visitors between January and April and we anticipate the numbers to climb for 2014, a view the Premier & Tourism Minister, Hon. Rufus Ewing recently shared.