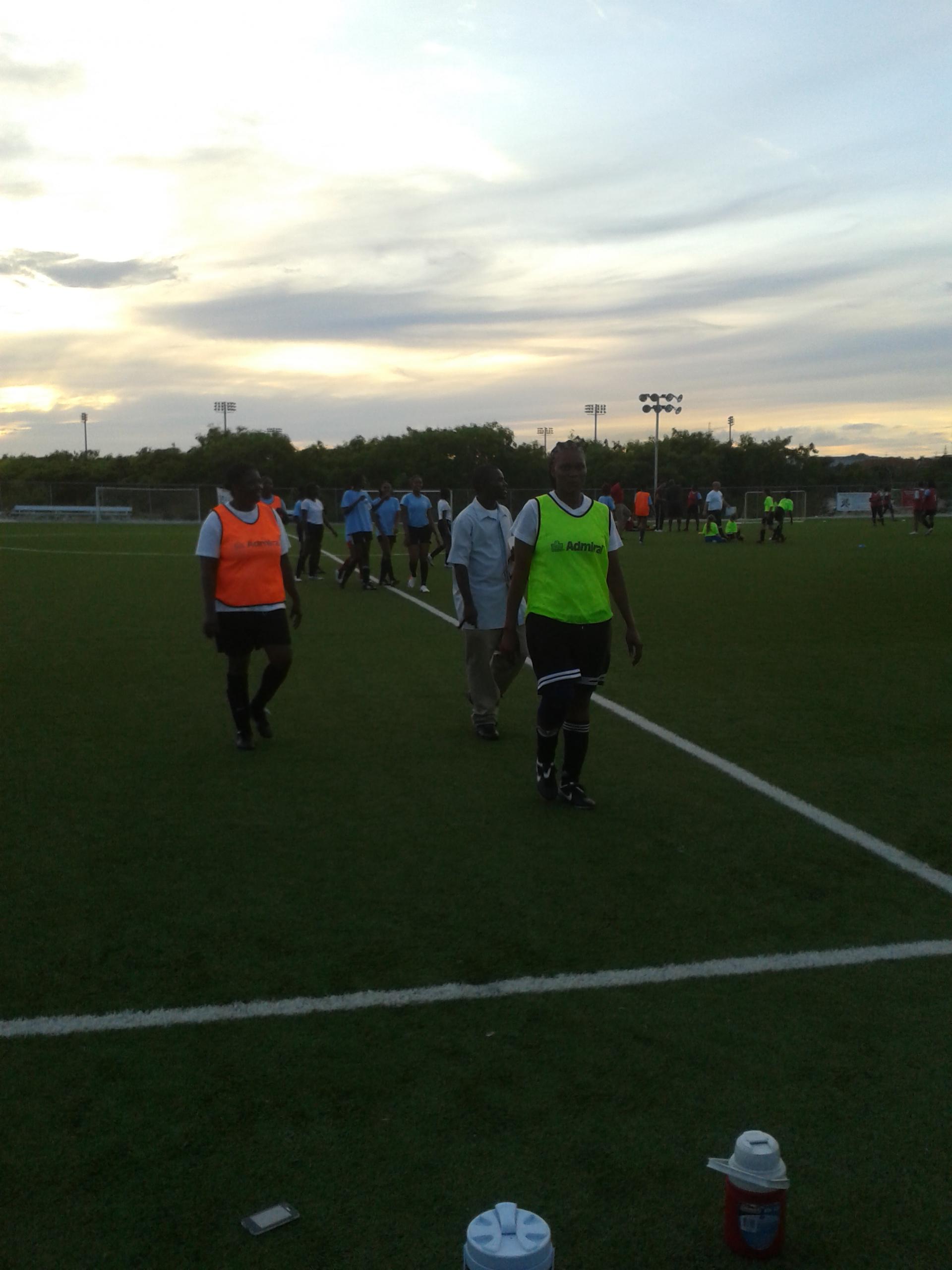 TURKS AND CAICOS ISLANDS, NOVEMBER 7, 2013- Seven teams will be competing for the championship title of the first ever Women’s Speed Soccer League. Launched last Sunday, the competition brings to the playing field women of all ages and fitness levels competing in 5-aside games. There are the CIBC Cats, Earthbenders AFC, Revolution FC, The Blow Pops, U12 Trailblazers FC, Trailblazers FC and Palmiss. The first official game kicks off this Sunday November 10th at the TCIFA Football academy at 3pm and the competition runs up until December 8, 2013. 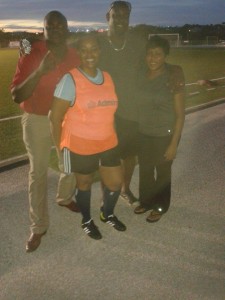 TCIFA Officials at the launch.