#TheBahamas, August 20, 2022 – Time is running out and the Caribbean, the planet is facing an existential crisis which requires urgent action from the big Carbon emitters; that action involves cutting back and according to negotiators at the table, it is also means cutting cheques.

When four regional prime ministers hosted a finale press conference at the close of the Caribbean Regional Heads of Government Meeting in Nassau, Bahamas on Wednesday August 17, the message was clear and consistent, pointing to a compelling case being built for small islands of the Caribbean to demand hassle-free access and assurances to climate financing.

“Clearly we are at the front lines of the existential issue that climate change presents for us on a daily basis and at certain times of the year,” said Dakon Mitchell, Prime Minister of Grenada, who added, “I think the issue of climate change has gone beyond a moral issue but a justiciable issue and I think that as islands that have borne the brunt of the proven loss and damage arising from the Green House gases that we are entitled to compensation.” 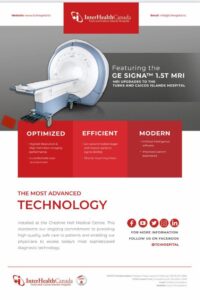 The Caribbean Regional Heads of Government Meeting in Preparation of COP27 hosted by the Commonwealth of The Bahamas was described as an idea whose time had come.  The event, staged at the Baha Mar Resort was praised for amalgamating the forces of the region in a two-day caucus which will birth a document articulating the desires, even demands of a region hardest hit by a climate gone haywire.

“I don’t talk about Climate Change, I talk about the Climate Crisis because this is a crisis,” said Mia Mottley, Prime Minister of Barbados, who was among the four prime ministers in the final press conference.

Mottley, globally renowned now for her unapologetic stance on the disparities and inequitable pressures small island states are made to bear, said time is running out for action to save the planet.

“This is not a case of good COP or bad COP, because whether we have a good COP or bad COP this year or next year, it’s still a death sentence and that’s the point. And the arrogance of the developed world in believing there will not be failed societies or extinct species is what literally galls us.”

Mottley reflected on the volcano eruption which caused a near 100 percent evacuation of all people of Montserrat and she remarked, “I’ve never seen a dinosaur yet, so we know that there is something called extinct species as well. And the reality is that we are playing fast and loose with our future.”

The Caribbean country leaders expressed that it is time for the “culprits” to pay up with fair compensation and non-burdensome loans.

“What we really should be seeking to raise is at least a trillion (dollars), but here’s why:  It’s not just that 30 to 40 percent of that should go to climate adaptation, which only governments can spend on, but the rest of it has to go to Sustainable Development Goals (SDGs).”

Quality, free education and accessible, quality health care were cited as among the human development needs which effectively alleviate poverty.

“The developed world accepted that they are the ones who are causing the warming of the environment through their carbon emissions and they also recognized that we in the developing world and we are speaking of the Caribbean in particular are the major victims of their actions and therefore we are entitled to compensation.  They agreed that they would provide us with $100 billion a year; that was 14 years ago in Copenhagen, they promised to make $100 billion dollars available to us so that we could put systems in place to mitigate against the impact of climate change.  This was supposed to have been materialized in 2020, so we recognized, okay we’re in COVID and everyone has been affected so they’ve put it to 2023,” said Roosevelt Skerrit, Prime Minister of Dominica.

Skerritt candidly shared his frustrations about the unfulfilled promises of those developed nations, explaining that currently the dilemma is in mediation and by now, in a real world situation, this matter would have evolved to a court trial with the victims resoundingly winning the case.

“The reality is that we have to get the developed world to live up to the expectations, because if mediation does not work, then you go back to the judge and say well we couldn’t find agreement and therefore we have to go into open court to deliberate on this matter and let there be a decision.

The Keeping 1.5°C Alive movement reminds that it was the Paris Agreement of 2016 when the international community crafted the ambitious pledge to cool down the planet.  Limiting the global average temperature to 1.5 degrees above pre-industrial levels is the goal, but according to the World Meteorological Organization in a May 2022 report, there is a 93 percent  likelihood of the planet exceeding this goal, at least once within the coming five years.

Davis in that final press event admitted to be cautiously optimistic, “My caution is how the wealthier countries, who are the culprits (if I can call them that) of where we are today are prepared to acknowledge their sins, repent and do what is right in all the circumstances.

I am pleased in what has happened here and I am hoping that one of my colleagues will pick up the challenge to host if (Caribbean Regional Heads of Government Meeting) next year, because we need to do this every year until we get the results that we need.”