#Barbados, January 28, 2022 – Have the women of Barbados set off an unstoppable trend? Could 2022 be the Year of the Woman?  Many are nodding in absolute agreement, as increasingly pioneering women with impeccable leadership abilities and stately stances are being bestowed the confidence of their people on a national, even global level and are taking on hierarchal roles in democratic governance.

On January 19th, 2022 the Barbabos Labour Party did what observers thought it would do.  Led by the globally renowned Mia Amor Mottley, the BLP was expected to win the snap election.  However, the nearly 260,000 voters in Barbados did more that resoundingly return Mottley to prime-ministership of the republic, the voters gave her a second sweep in a general election.

All 30 seats were won; a unanimous message was sent by the electorate and the responsibility was humbly accepted, 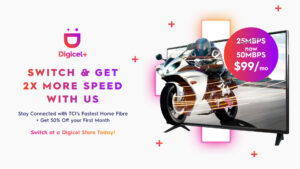 so said the second-term prime minister in the early hours of January 20 when she addressed throngs of supporters.

But we dare not digress as this feat achieved mere days ago in Barbados, goes beyond the shores of the country situated at the edge of the Atlantic Ocean.  It is a global milestone which bears feature and focus.

Barbados is led by a new genre of democratically installed Queens.  It is an all-female cast in upper governance of the country, which on November 30th 2021 severed the final colonial ties with Great Britain to become a Republic and a “truly” independent nation forging ahead without the Queen as Head of State.

The President of the Republic of Barbados is Dame Sandra Mason.  At 73 years old, Mason went from being the last Governor General to becoming the first president.

The Prime Minister of the Republic of Barbados is Hon Mia Amor Mottley.  At 56 years old, Mottley comes from a family with a rich political history.  The men in her family who led Barbados in a bygone era, obviously instilled within this United Nations Champion of the Earth Award winner the kind of grit which draws world leaders, award winning journalists and ceiling shattering opportunities to her court.

And the Deputy Prime Minister of Barbados, is another Queen’s Counsel attorney-at-law who emerged as faithful, frugal and fair when the country needed her most.  Hon Santia Bradshaw will also lead Government business in the honourable House of Assembly, as she brilliantly staffs this previously unfilled position of deputy prime minister.

Has this been done before and is this feat capable of evoking a shift from male-dominated democracies, to women included governance which is essential to demonstrating diversity.

The gravity of the occasion forces the intrigued to take note of how much space women truly occupy in politics.

“As of 1 September 2021, there are 26 women serving as Heads of State and/or Government in 24 countries. At the current rate, gender equality in the highest positions of power will not be reached for another 130 years,” said information by the United Nations Women, in its Facts and Figures Women’s’ Leadership and Political Participation report.

Unquestionably, the statistics for women holding seats in parliament are improving but still abysmal. In its September 2021 general elections, The Bahamas similarly charted some records as among the Caribbean region countries to hold general elections within this era when the profile of gender equality has been raised.

The women of Barbados are by no means alone in their accomplishment, countries like Trinidad and Tobago, where its president is a woman:  Paula-Mae Weekes; New Zealand, Finland, Greece, Ethiopia, Togo, Tanzania, Gabon, Singapore, Taiwan and just elected today, January 28,2022 as president of Honduras, Xiomara Castro.

From Hon Akierra Missick, who served as the Turks and Caicos Islands youngest, female Deputy Premier there was high commendation, The Hon Prime Minister’s, second resounding victory in the general elections has firm placed her in the World’s history books, a place she already rested comfortably in, but showed that despite the naysayers women in politics and leadership are well suited and prepared to push their shoulders to the wheel and get the work done for their people.”

The selection of the two women – Dame Mason and Hon Bradshaw – to stand with her in leadership of Barbados, to those looking on is another demonstration of Prime Minister Mottley’s admirable boldness.  Undoubtedly, she knew this unique appointment would not only help her to deliver on her campaign pledges to the people of Barbados, but it would upset and uproot old notions which need to go the route of colonialism, that is to be firmly placed in the Republic of Barbados’ past.