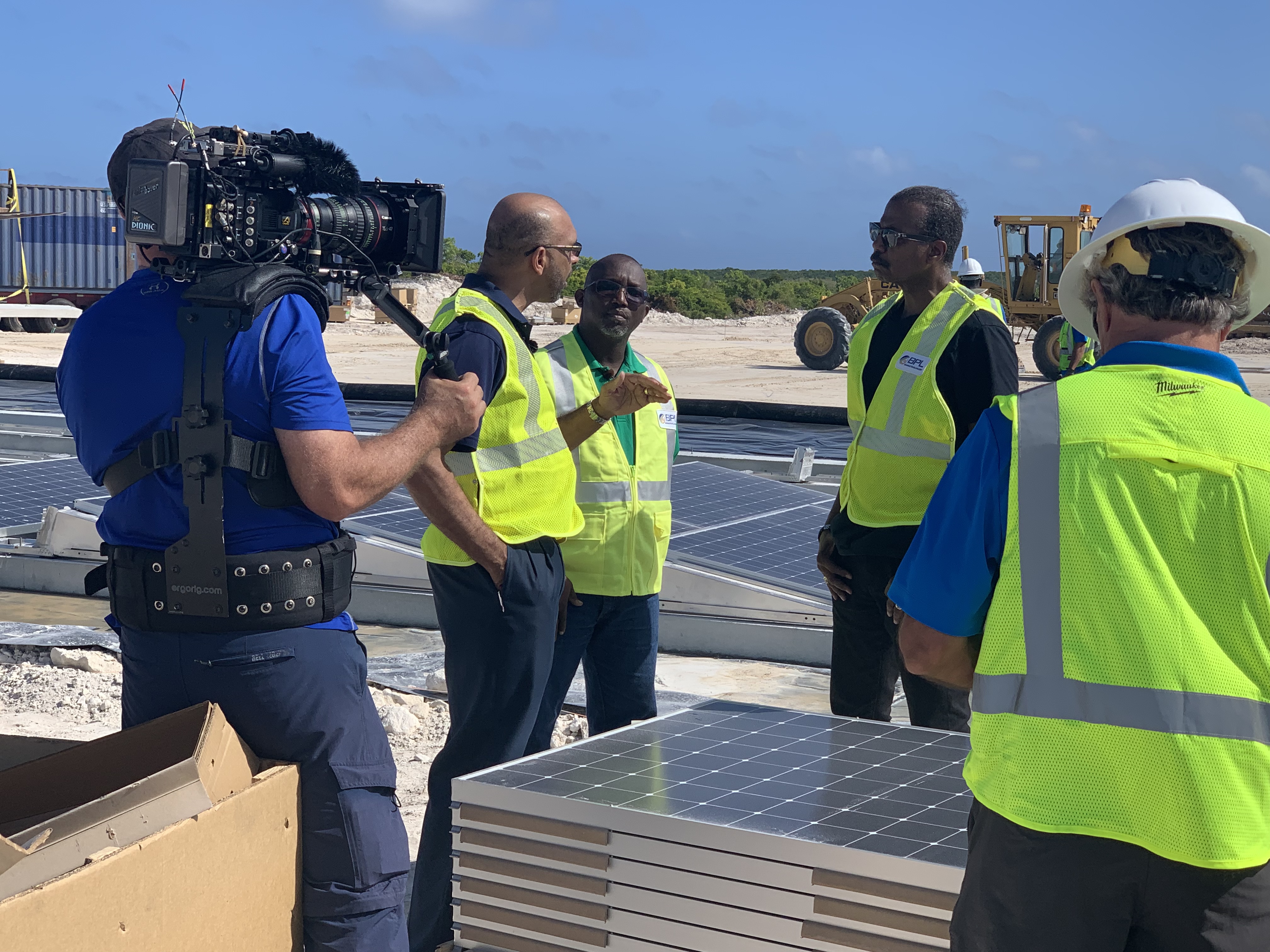 #Nassau, December 13, 2019 – Bahamas – The first solar panels for the Ragged Island Microgrid are in the ground already, and the solar farm is rapidly taking shape on the island as Bahamas Power and Light Company Limited (BPL) moves forward with construction of its first solar and battery storage solution, at a cost of around $3M. We are on schedule to be able to have the first solar power to the Ragged Island grid by the end of January 2020.

BPL Director of Grid Solutions and Support Services Burlington Strachan said, “Currently, the solar field site preparation is 50% complete, including the clearing of the interconnection line access roadway. The installation of solar panels is underway. All of the panels and mounting hardware for the installation are on site. Work has not yet started at the at the Battery Energy Storage System (BESS) site, but will begin as the solar field nears completion.”

Strachan acknowledged that the end of January 2020 is a little later than originally planned, but pointed out that the schedule of the project was affected by the impact Dorian had on key suppliers and sub-contractors associated with the project.

The engineering, procurement and construction (EPC) contract for the Ragged Island tender was awarded to Tugliq Energy Co. and its construction partner, SALT Energy in July. The selected design is focused on providing the island with over 90% renewable energy for most of the year, achieving a significant reduction in the island’s former diesel consumption. The design is comprised of a 390 kWp, 180-mph wind load resistant solar array and a 1.26MWh Battery Energy Storage System (BESS).

Strachan talked about what it would mean to have this installation up and running, relative to power production for Ragged Island.

“What we are doing on Ragged Island is not quite the conventional microgrid arrangement. Here, we are integrating energy produced by a solar field with a BESS and existing conventional energy resources on the island. Ultimately, based on the energy needs of Ragged Island prior to the impact of Hurricane Irma, this installation will result in over 90% of the energy needs of the island being met by the system.  Indeed, while the island continues to recover, it is possible 100% of the current needs could be met,” he said.

Our plan is for the Ragged Island Microgrid to stand as a successful initial project that can ultimately be modified, scaled and replicated to provide “right fit” solutions on other islands. This project cost approximately $3 million.

However, this expenditure will be offset by fuel savings, significantly reduced emissions, other economic and social benefits, and ultimately a lower levelized cost of energy that will benefit all BPL customers, as the number of such projects increases and the combined benefits of all those projects are realized.

We at BPL see this project on Ragged Island as another step in our plan to increase the use of renewable energy (RE) sources in the country’s energy mix. Like our Small Scale Renewable Generation (SSRG) Program (also headed by Mr. Strachan) which gives customers the option of installing grid-tied RE systems, the Ragged Island Microgrid shows the company’s commitment to supporting the national energy goal of 30% renewable energy penetration by 2030.