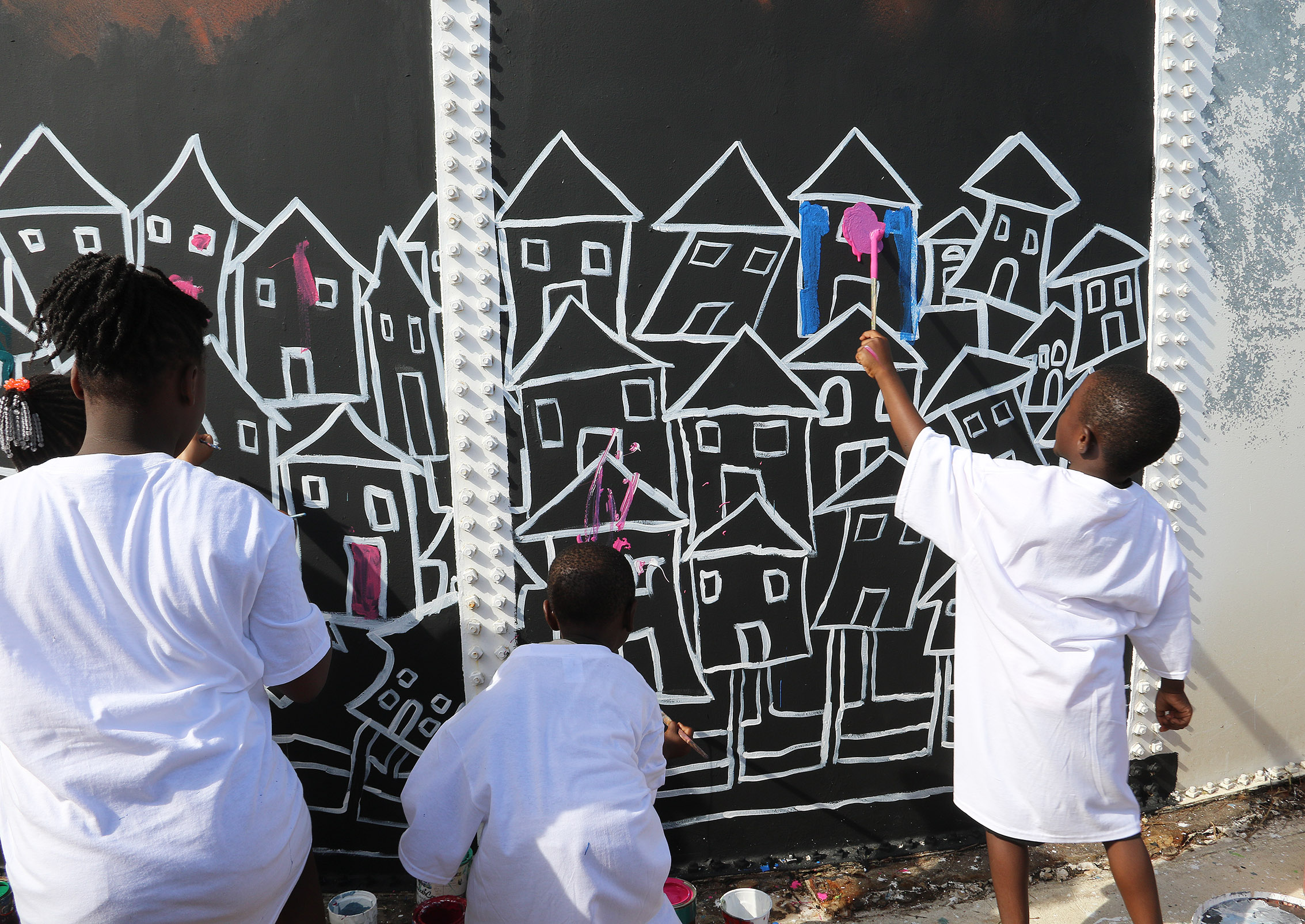 #Abaco, 21 December, 2019 – The Bahamas – Children of several Abaco communities have teamed up with The Goodness Tour, Water Mission, The United Nations Children’s Fund (UNICEF) and the Water and Sewerage Corporation (WSC) to transform a damaged water tank in Marsh Harbour into an amazing piece of artwork.

“This mural behind us is a mere reflection of the work behind the scenes every single day,” said Benjamin Swatez, International Artist and Co-Founder, The Goodness Tour during the unveiling.

“It’s about the Abaco Sunny Waters and this initiative to build back bigger and to be able to not only show the people here in Abaco, in all of The Bahamas, and the entire world, that you can take something that most people would consider a curse and transform it into an opportunity to truly rise up as one human voice, and one human heart.”

Abaco Sunny Waters is a solarization project between WSC, The Goodness Tour, Water Mission and UNICEF to transform 11 water systems in Abaco, the mainland and the cays that have suffered damage as a result of Hurricane Dorian.

Adrian Gibson, Executive Chairman, WSC, and MP for Long Island said the agreement, signed between stakeholders December 12, will result in the supply and installation of a state-of-the-art solar facility that will power both well fields and a new pumping station in Marsh Harbour.

Swatez and his team have been providing psychosocial support to children in Hurricane shelters in New Providence and schools in Abaco through music therapy, film making and more.

“We’ve had the great honour through being able to make music; painting and photography with children here. There is so much talent, there’s so much brilliance.  They are fantastic. We’re truly honored to be able to provide a little bit of psychosocial support through creativity, just a tribute to what all of you are doing so well,” said Swatez.

He explained that the mural depicts the culture of Abaco and what’s important to the people of Abaco.

Incorporated into the mural is a very aggressive Cuban fresh water crocodile that was found in an archaeological discovery in a blue hole. The crocodile is used as a symbol, not only of the past, but also of Hurricane Dorian.

The work of art also shows the WSC turning a spigot from which flows fresh drinking water falling upon the aggression of the crocodile, or the storm and bringing life back to the islands.

Swatez said the mural depicts the blue hole, the people that have explored it and how the relationship with the sun and the water, the solar power, and the watershed comes together and creates a beautiful symbiotic relationship similar to what locals and internationals formed in Abaco and throughout The Bahamas.

“This mural is not complete is because the most important element, according to us, is this village. All these beautiful children from around Abaco today children are going to paint the colors of love into the house, into Abaco and bring that love into this beautiful island through the next generation.”

Swatez said it is an honour be able to share the beautiful culture of the islands in a moment in time simultaneously sending ripples around the world.

Following the ceremony the students donned tee shirts and gathered around the water tank to add finishing touches to the mural.

Photo Caption: Children from throughout the island of Abaco help to turn a damaged water tank into a work of art.