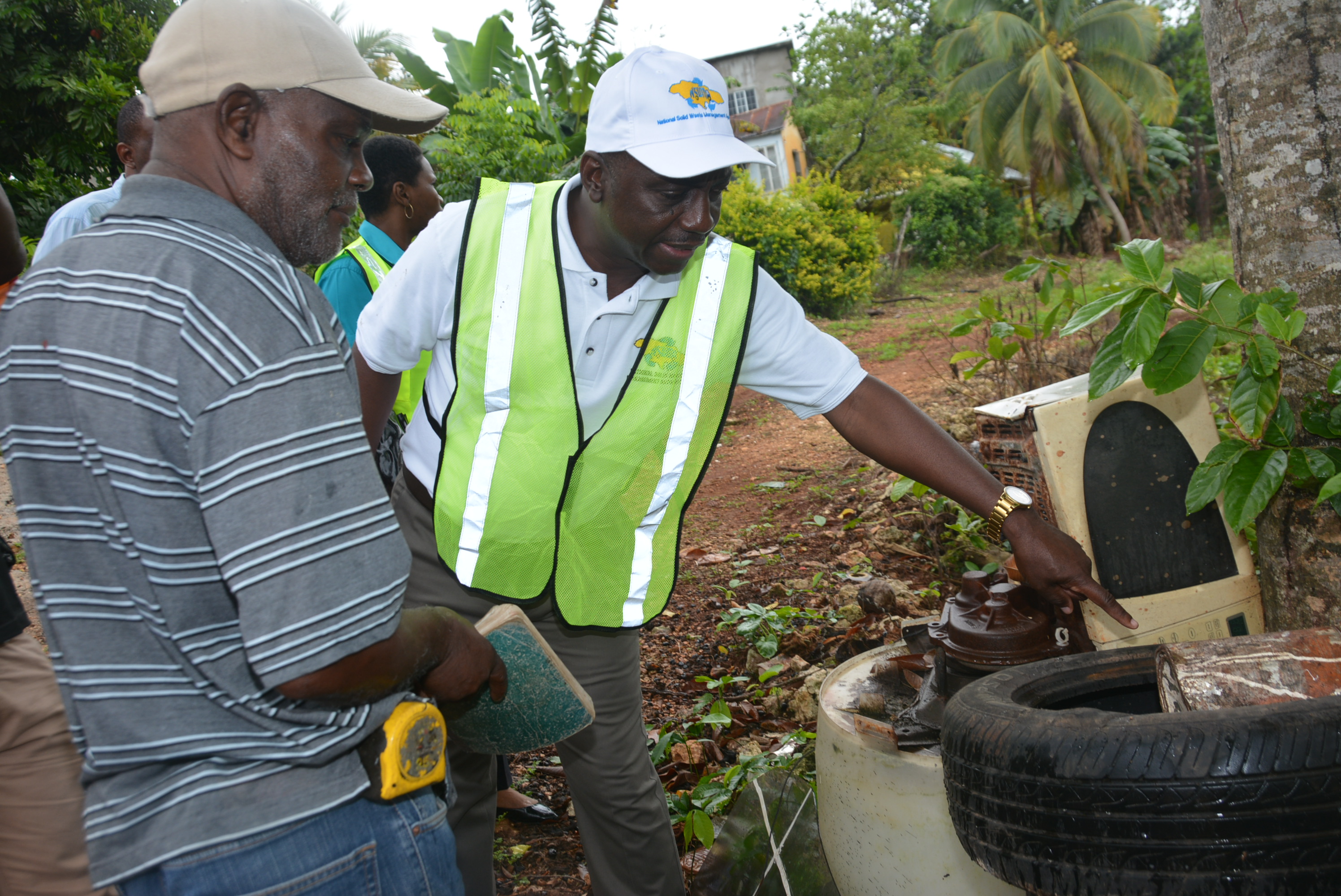 The Programme is being implemented by the Ministry of Health and Wellness across the island over the next three months at a cost of $1 billion, to support enhanced measures to contain the spread of the dengue virus.

Tuesday’s undertaking, which entailed the removal of multiple articles of bulky waste from the community of Standfast in Brown’s Town by NSWMA subsidiary North Eastern Parks and Markets (NEPM) Waste Management Limited marked the start of the initiative’s implementation in St. Ann.

The NSWMA’s Executive Director, Audley Gordon, who told JIS News that $167 million has been earmarked for this aspect of the programme, indicated that stakeholders at all levels across the parishes are being engaged.

“All the local health officials are [being] engaged. We are speaking with the municipalities, we are talking to community leaders and we are speaking with citizens whom we encounter to inform them that bulky waste [can facilitate] mosquito breeding,” he said.

The Executive Director advised that the NSWMA’s staff will be working throughout the Christmas season to remove bulky waste and, in this regard, encouraged residents to place articles they have collected at appropriate locations for removal.  Mr. Gordon also appealed to individuals to take responsibility for the solid waste they generate.

“The Government of Jamaica, can and will do its part, the NSWMA must do its part, but [we as] residents must [also] do our part. We must properly containerise our garbage… so that it is not scattered everywhere, [as] that [will give rise to] problems with mosquitos, rats, flies and all the other things that we find offensive,” he emphasised.

For her part, Medical Officer of Health for St. Ann, Dr. Tamika Henry, indicated that “we are very happy with this partnership”, noting that the programme will aid in efforts to reduce mosquito breeding sites across the parish.  She advised that the parish’s vector control education programme has been ramped up, “because people need to understand what is happening, [ascertain] what they need to do and how they can assist us in preventing the spread of dengue”.

Dr. Henry also indicated that the St. Ann Health Department has been conducting home visitations to search for and destroy mosquito breeding sites as well as enlighten residents on how to do same.

Other communities in the parish where similar clean-up activities are slated over the coming months include Watt Town, Lime Hall, Claremont, and their environs.

Under the National Enhanced Dengue Intervention Programme, which involves several other State agencies, the NSWMA has been tasked with ramping up the removal of solid waste, especially bulky waste, from communities.