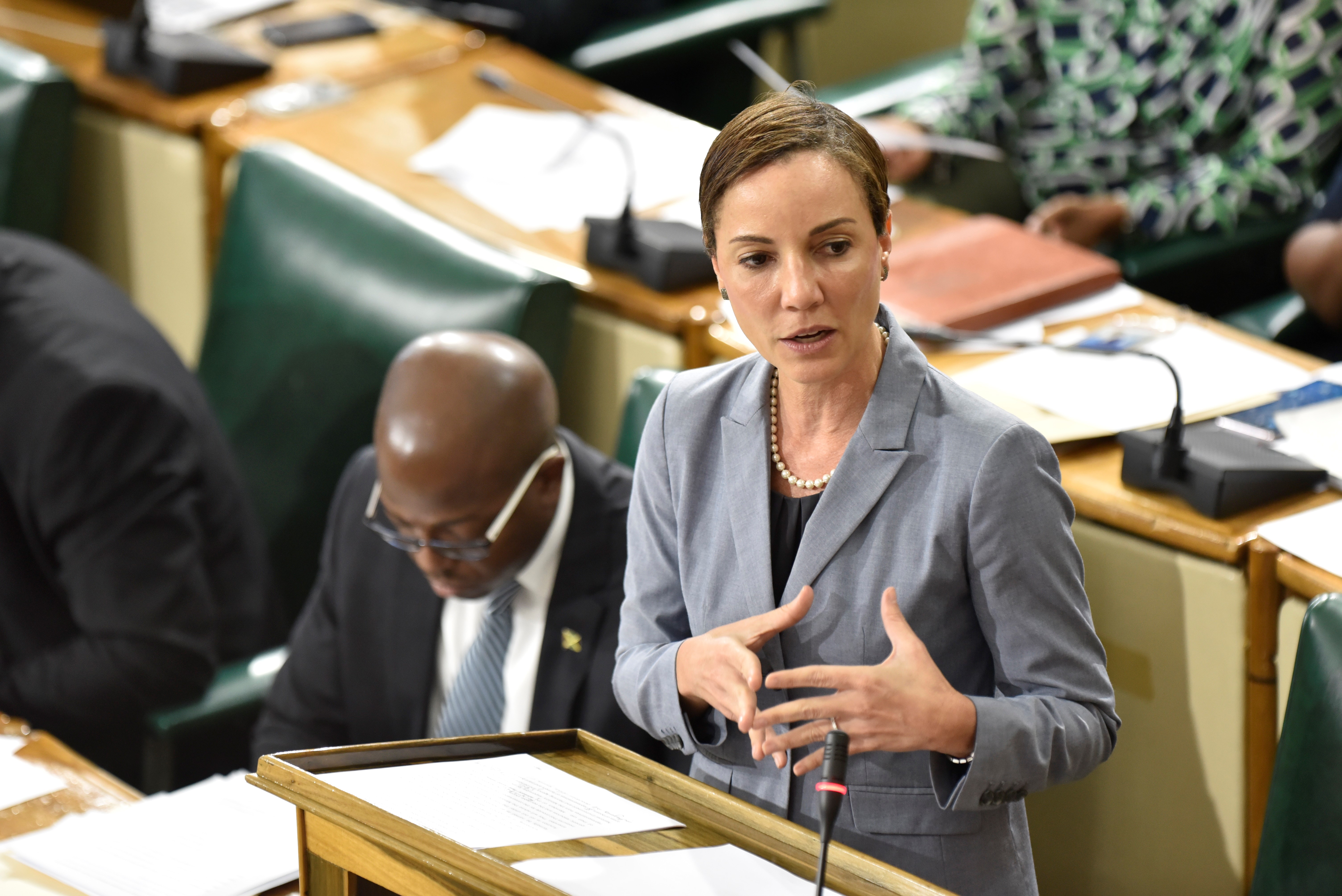 #Kingston, May 7, 2019 – Jamaica – No jobs will be lost consequent on the Ministry of Industry, Commerce, Agriculture and Fisheries’ assumption of the functions of the Management Authority, which previously advised the Government on plant genetic resources for food and agriculture.

This is according to Leader of Government Business in the Upper House, Senator the Hon. Kamina Johnson Smith, who piloted the Protection of Plant Genetic Resources for Food and Agriculture (Amendment) Act during the Senate’s on May 3.

The legislation makes provisions for certain functions of the Authority, which was established under the principal Act, to be formally integrated into the Ministry’s Research and Development Division.

“The Management Authority… wasn’t actually a separate entity that employed separately and now needs to be rationalised. Persons who functioned therein, functioned together with the Research and Development Division, as it exists,” Senator Johnson Smith explained.

She further noted that the Act will allow for “an alignment closer to the reality, with some adjustments to [ensure greater] accountability [and] efficiency, and effectiveness of assignment of roles and responsibilities will be more clearly implemented and implementable”.

This move, Senator Johnson Smith said, is in keeping with the Government’s Public Sector Transformation and Modernisation Programme, “which has been broadly designed to increase the overall effectiveness of public sector service delivery, reduced cost of government and to contribute to economic growth and development”.

She noted, however, that the policy advice function of the previous Management Authority is to be carried out by the Plant Genetic Resources Advisory Task Force – a new body to be established under the Act, and comprising members similar to those of the former body.

The task force will advise the Minister on matters of policy and legal measures that facilitate the conservation and sustainable use of plant genetic resources and the equitable sharing of the benefits arising out of their use.

“The Bill seeks to assure full integration into the Ministry responsible for agriculture, by repealing the provision in the principal Act… for corporate status of the Management Authority while ensuring that Jamaica continues to operate as required under the Treaty,” Senator Johnson Smith informed.

Specifically, she noted that the amendments will require that the Ministry integrate the activities under the Treaty into the Government’s relevant agricultural and rural development policies and programmes, cooperate with the relevant international organisations in order to establish or strengthen the capabilities of developing countries with respect to sustainable use of plant genetic resources, and promote the sharing and exchange of plant genetic resources.

“It will also be required to manage the plant resources fund and establish and maintain the register of plant genetic resources,” she said.

The Bill was passed without amendments. It was previously approved in the Lower House on February 26.

Photo Caption: Leader of Government Business in the Upper House, Senator the Hon. Kamina Johnson Smith, emphasises a point while piloting the Protection of Plant Genetic Resources for Food and Agriculture (Amendment) Act in the Senate on May 3. Seated is Minister without Portfolio in the ministry of Economic Growth and Job Creation, Senator the Hon. Pearnel Charles Jr.