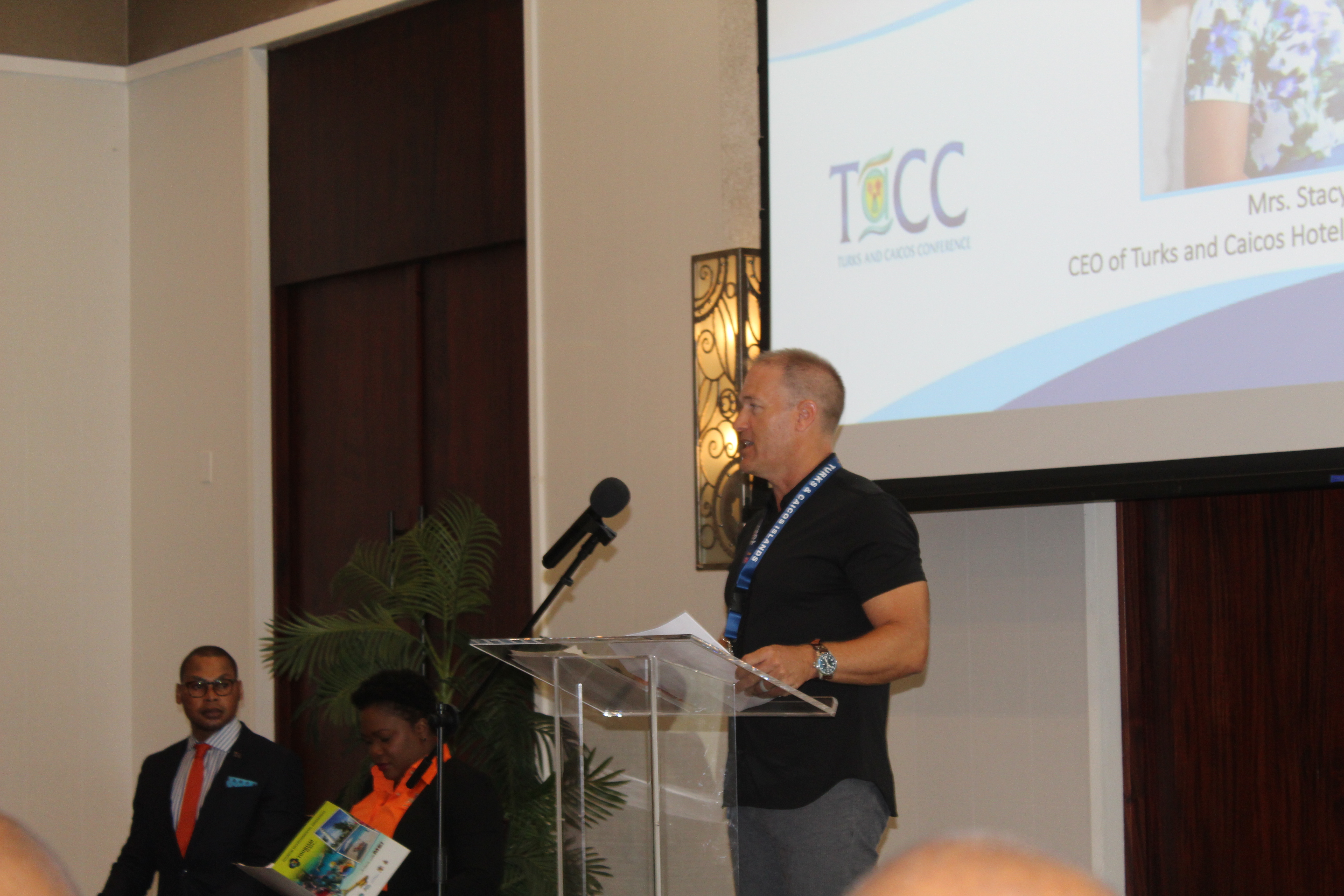 #Providenciales, May 11, 2019 – Turks and Caicos – Hotel and Tourism companies in the Turks and Caicos Islands spent $25 million dollars on marketing for the destination in 2018 alone; it has resulted in double digit growth for the islands despite the trauma caused by back to back hurricanes just the year before.

As one of the presenters today at the Turks and Caicos Conference, TACC which is hosted by the TCI Tourist Board; Mr. Todd Foss, President of the Turks and Caicos Hotel and Tourism Association said the tradition of promoting individual properties and the islands simultaneously is a near 30-years-old.

“Today that practice is, I believe, unique to the country and still exists.  In fact, our hotel members and our allied members spent $25 million last year on marketing on the island destination. With the hard work of the Tourist Board, the Hotel and Tourism Association members and you, our travel partners, Turks and Caicos has become one of the most sought-after destinations in the Caribbean, perhaps the world and a little less of a secret than it used to be.”

Mr. Foss gave the history of the tourism industry of the country; citing pivotal developments and investments and negotiations which turned the islands from being an unknown jewel to becoming the home to what is continuously rated as the World’s #1 Beach, Grace Bay Beach.

“Today we welcome over 600 thousand visitors staying in more than 3,600 of our hotel rooms or villas; the industry is the largest source of revenue for the government and the biggest contributor to the GDP.”