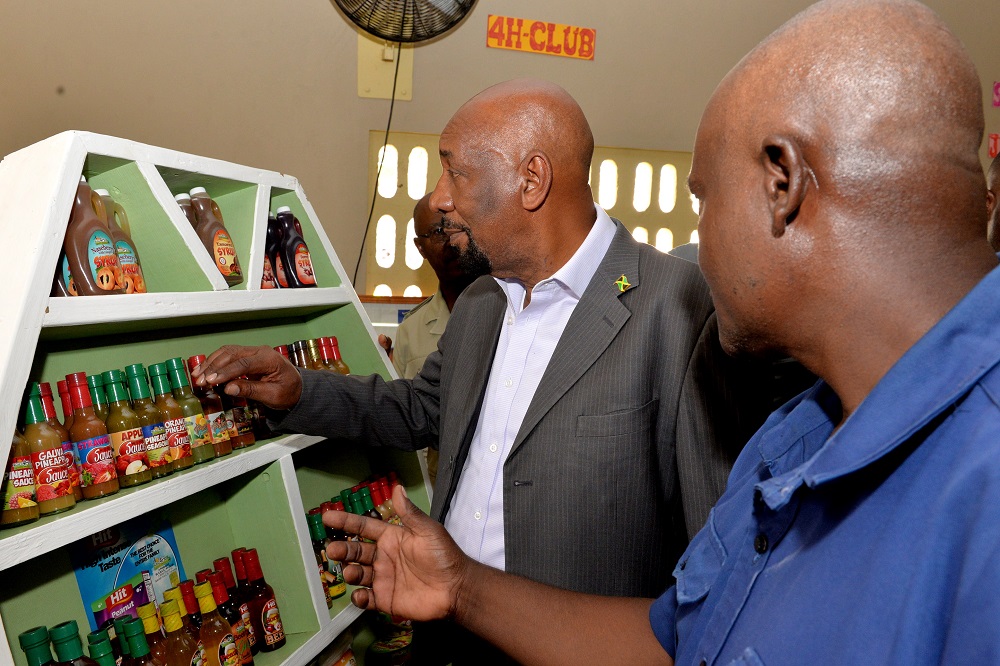 #Kingston, April 5, 2019 – Jamaica – The rehabilitation programme at the St. Catherine Adult Correctional Centre in Spanish Town is providing inmates with a second chance at life.

Through academic and vocational training, recreational programmes and other interventions, the inmates are being equipped with viable skills and qualifications that they can apply, once they have completed their sentences, thereby enabling them to redirect their path and secure a better future.

“We try to find programmes to engage these inmates,” Senior Superintendent in charge of the facility, Herbert McFarlane, tells JIS News.

“Our aim is to rehabilitate them, so that when they go back to society, they become more worthwhile citizens and do not return to a life of crime,” he notes.

Senior Superintendent McFarlane, who has served the correctional system for over 40 years, says that the rehabilitation programme has made a difference in reforming persons who have found themselves on the wrong side of the law.   He is particularly pleased about the educational achievements of the inmates. “When I took over, the school was the first place that I refurbished. That tells you my value on education,” he notes.

At the school, some 160 inmates are currently benefiting from classes ranging from basic literacy and numeracy to preparing them to sit the Caribbean Secondary Education Certificate (CSEC) examinations.

These classes have produced good results over the years with some persons earning up to nine subjects.  One former inmate, who recently left the facility, is now a student at a tertiary institution.

In addition to academics, the inmates are engaged in skills training in areas such as tailoring, furniture and sauce making, automotive work, as well as broadcasting through the operation of an internal radio station.

With the skills learnt, the inmates are able to contribute to the upkeep of the correctional centre and also give back to society.

Recently, the St. Michelle’s Primary School and the St. Simon’s Primary and Infant School in Clarendon benefited from 26 handcrafted combination desk and chair sets that were made by the inmates.

The donation was made under the Direct Result of Inmates’ Value and Empowerment (DRIVE) programme, through which the inmates are provided opportunities to give back to communities in areas such as agriculture, woodwork and roadworks, as well as bushing, painting and general repairs to buildings.

There is also a tailoring establishment where uniforms are made for correctional officers and prisoners.

“We have a welding shop that takes care of all the welding work such as repairs to grills and bars,” Senior Superintendent McFarlane tells JIS News.

The inmates are also engaged in income-generating projects such as baking and sauce making, and there is a booming agricultural programme.  The products are sold, supplied to other correctional institutions or used to supplement meals.

A portion of the funds generated goes to the inmates, with the majority going into the operation of the prison, thereby reducing costs.  The institution copped the first-place prize in 2017 in the Jamaica 4-H Clubs Home Gardening competition, and placed second during the 2018 showing.

Senior Superintendent McFarlane tells JIS News that the correctional institution is moving to supply supermarkets and has engaged the Scientific Research Council (SRC) in ensuring quality standards and to assist with labelling and packaging.

“We are building on existing skills,” says Community Development Coordinator at the SRC, Yanique Rodgers.

“The products that they are making are at a very high standard, very good quality, so we want to help them to make the products in such a way that they can be easily commercialised,” she tells JIS News.

She notes that the sauces can be exported, and the labelling and packaging are attractive.

“So, we are very impressed with what they are doing with the small amount of resources that they have. They have done a very good job,” she adds.

Ms. Rodgers says with the support being provided by the SRC, the inmates will be able to seek employment or start business ventures.

In addition to the education and skills training, the inmates are also engaged in recreational activities, such as an annual football competition, domino tournaments, and quiz contests.

Minister of State in the Ministry of National Security, Hon. Rudyard Spencer, says that the rehabilitation programme at the St. Catherine Correctional Centre is ensuring that when incarcerated persons are released, they can be successfully reintegrated into society.  He hails the focus on education. “We have found the solution, and the solution is education, giving inmates a second chance at life,” he notes.

Header: Minister of State in the Ministry of National Security, Hon. Rudyard Spencer (left), looks at sauces produced by inmates of the St. Catherine Adult Correctional Centre, during a recent tour of the institution in Spanish Town.  At right is Corporal Joel Lilly.

1st Insert: Minister of State in the Ministry of National Security, Hon. Rudyard Spencer (right), look at items made by inmates  of the St. Catherine Adult Correctional Centre, during a recent tour of the institution in Spanish Town. Senior Superintendent in charge of the facility, Herbert McFarlane (left), and Commissioner of Corrections, Ina Hunter, accompanied Mr. Spencer on the tour.

2nd Insert: Community Development Coordinator at the Scientific Research Council (SRC), Yanique Rodgers (right), discusses the labelling on a bottle of sauce with Senior Superintendent in charge of the St. Catherine Adult Correctional Centre, Herbert McFarlane (left), and Corporal Joel Lilly. The sauces are among items made by inmates as part of their rehabilition programme.