#Bahamas, April 23, 2018 – Nassau – During his seconding of the amendment to the Criminal Evidence (Witness Anonymity) Act, 2011, Minister of National Security the Hon. Marvin Dames said, on April 18, 2018, that it is not an attempt to infringe on the rights of the accused for a fair trial, but a means to ensure that the rights of witnesses are equally protected, which, he noted, is considered to be the foundation of successful criminal justice systems.

“The Criminal Justice System is one that operates under the tenets of fairness and balance,” Minister Dames said in the House of Assembly.

“Passing the amendment to this Bill will mark a significant stance for our Government and send a strong message that we are the champions of all Bahamians who stand up for justice and are concerned about the state of violence in our beloved country, and are prepared to risk everything for a return to the days when communities were free of incessant violence that threaten the safety, security, and the development of our peace-loving nation,” he added.

Minister Dames pointed out that the amendment to the substantive Act is to provide that the identity of witnesses in criminal proceedings may only be revealed in screening by a Magistrate, Magistrate Panel or Judge.  He added that Section 11, subsection (4) of the Act as it exists, allows exposure of an anonymous witness, as any member of the court has the right to screen the anonymous witness.

That loophole, he noted, had already resulted in Criminal Appeal to the Appellate Court by convicted persons claiming their right to confront witnesses was violated as the trial included anonymous witness testimony. 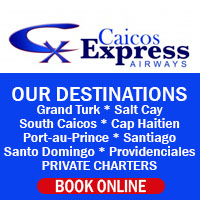 “Notwithstanding this, this loophole also created the issue of reprisals which is a serious threat to upright citizens and by extension the pursuit of justice,” Minister Dames said.

Since 2015 to date, the Anonymity Order has been applied in approximately 80 criminal cases according to police statistics, Minister Dames revealed.

“Out of this number, more than half of the cases, showed evidence of witness tampering,” he said.  “In 2016, a Senior Justice ordered an extension of the anonymity order of protection for a witness for the start of a murder trial, here allowing for an extension of that order after the Prosecutor argued that an eyewitness was hesitant about providing testimony if identity and location is not protected.”

Minister Dames stated that one of the most effective ways to intimidate a witness is to indirectly employ pressure by threatening well-being of a family member or loved one.

“It is therefore incumbent upon us in this honourable place to strengthen this Witness Anonymity legislation to protect not only the brave witnesses in these criminal cases, but also their family members and close friends,” he said.  “Police Investigators will tell you that witnesses feel more comfortable and are more open to assisting them with relevant information in connection to crimes when the anonymity order is in place.”

Further, he noted, the anonymity order protects not only witnesses, but also their family members from becoming targets prior to the start of the trial and after the trial.

Minister Dames said that he would be the first to admit that over the past decade crime has spiraled out of the control. However, he added, in recent times the country was beginning to see positive signs that the numbers were trending downward.

“Yet, we cannot fool ourselves into thinking that this is the same peaceful nation that many of us knew as young children but has over the last decade taken a turn in the wrong direction,” he said.

“Let us not fool ourselves,” he cautioned.  “We now live in an era of intimidation, where criminals constantly apply fear tactics to discourage potential witnesses from executing their constitutional right of free speech.”

Minister Dames pointed out that from 2015 to 2017, the vast majority of homicides committed were attributed to gun violence and gang culture.

Moreover, he noted, for the same three-year period, there were 378 murders recorded where most of the victims and perpetrators fell between the ages of 18-35 years.

“We cannot stand by and allow the youth of this nation to behave in such a way that are above the law and will do whatever it takes to allow justice to take its full course, he added.  “When we say we are serious about what we are doing, we are.” 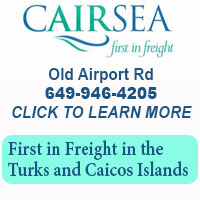 Minister Dames stated that The Bahamas was not alone in taking corrective measures to protect citizens of the country, who freely want to see justice served, and had enacted Witness Anonymity legislation to do just that.

The Commonwealth of Dominica, he stated, passed the Protection of Witnesses Act in 2013, and the United Kingdom passed the Criminal Evidence (Witness Anonymity) Act in 2008.  Minister Dames also said that the Government understood the “clear implications” of not amending the Bill.

“Criminals can grow in confidence, while law abiding citizens lose faith in the system,” he warned.

He mentioned how, during the mid to late 1990s in London, England, that became the case due to gun violence and witnesses fearing retaliations.

“It was not until special measures were put in place including total anonymity did witnesses come forward and detection of serious crime rocketed to over 85 percent,” he said.

“We cannot afford in this small nation for lawless individuals to bring our country to this, nor can we afford for our good citizens to lose confidence in the justice system,” Minister Dames said.  “This is why our Government is seeking to amend this Bill – to uphold the integrity of our system and to thwart witness intimidation.”

Photo Caption: Minister of National Security the Hon. Marvin Dames speaks, on April 18, 2018, during his seconding of the amendment to the Criminal Evidence (Witness Anonymity) Act, 2011, in the House of Assembly.