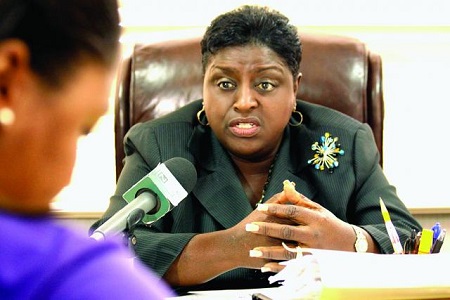 Bahamas, March 10, 2017 – Nassau – Accommodations for the Jubilee Gardens home owners continue to draw criticism and during House of Assembly on Wednesday, the Minister of Social Development said her team was following established protocols.  The explanation followed another scathing review of the Kendal Isaacs Gym set up for the displaced fire victims by Leader of the Opposition in the House, Loretta Butler Turner.

The former Social Services minister said the government should have done better and could have afforded to foot the bill for better accommodations for Jubilee.   Current Social Services Minister, Melanie Griffins blasted back and pointed out to the Long Island member that the system was exactly the same when she served in the office under the FNM. Despite, it had been shared by the Minister on radio that some people had been moved to different accommodations.

Tall Pines MP, Leslie Miller called the PLP Administration out on the shelter at the gym; saying they were unsuitable and charged that if monies could be spent on Junkanoo Carnival, then they could be spent on the people of Jubilee who by no fault of their own were evacuated from their community.   The evac order for Jubilee Gardens, impacted by a fire at the city dump since this past Sunday, remains in effect.