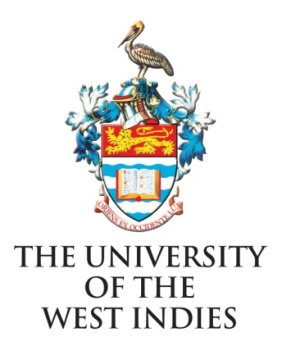 Kingston, Jamaica, December 16, 2016 – The University of the West Indies (UWI) should see a reduction in its water bill with the commissioning of the Mona Well at College Commons on December 15.  The institution, through a private partnership, entered into an agreement with North Star Development Limited (NSDL) in 2014 to identify, drill and develop, manage and finance and maintain new sources of potable water on behalf of the UWI, Mona.

With guidance from a hydrologist, the NSDL team successfully discovered potable water at 850 feet.   The availability of the well will enable the university to mitigate the severe water shortage across the campus, especially during the drought period.

In his remarks, Minister without Portfolio in the Ministry of Economic Growth and Job Creation, Hon. Dr. Horace Chang, said the university has taken a positive move to solve its own water problems.  “The drought in 2008/09 was the most severe drought and I recall the University Hospital of the West Indies and the University of Technology running out of water and water being locked off regularly. It was almost impossible to get, during that six month period, satisfactory water supply to the university,” he said.

Dr. Chang noted that the Water Resources Authority (WRA) was instrumental in this project, as without its approval, this project would not have come to fruition.   Meanwhile, the Minister said the Government is undertaking a programme for the extensive repair of the sewerage system in the Corporate Area, to reduce contamination.   He said this is part of efforts to expand the range of water sources available in the city as well as help resuscitate seven wells which have become contaminated due to the sewerage problems.

For his part, Pro-Vice-Chancellor and Principal at the UWI, Mona Campus, Professor Archibald McDonald, said in addition to providing a reliable source of water for the campus, the university stands to save $150 million annually from reduced water bills.   “The campus will pay North Star a management fee based on the amount of water consumed and this goes on for a number of years, somewhere between 15 and 20 years, after which that payment will cease,” Professor McDonald said.  He added that there are plans to construct another well, in order to supplement the water that is being provided.

Food and Safety priority for CAC