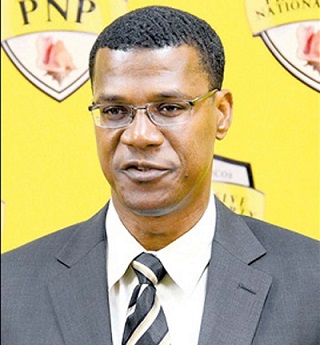 Providenciales, TCI, July 4, 2016 – It was the first time that the Progressive National Party leaders and House members met with media as the PNP since being elected from 2012 and while there was some party business explained and some national achievements touted, the meeting seemed largely motivated by the announcement last week by ex-premier Michael Misick, that he was running as an all island candidate – independently.  Party Leader Rufus Ewing set the record straight early, saying that indeed the country was broke and that it was his administration that expertly navigated the TCI from deep debt to super surpluses.  “And the first mission is to restore the economy back to where it was that we can then begin to work in earnest for the people in providing them with the necessary resources, social services infrastructure that we are now delivering on.”

A list of accomplishments were fed to media and party supporters including $100 million in road works nationally, but focus was strongly on how Michael Misick came to be on the PNP At Large candidates list for the primary race; Misick last week told media that his party rejected his offer and today his party said that is not true.  National Chairman, Royal Robinson went as far as to say Mike can still run in the upcoming primaries.  “The Progressive National Party and its structure did not eliminate Mr. Michael Eugene Misick’s name from the process, we did not.  And he is the one who said that he is withdrawing his name from the process.   But the process has not been completed, so as long as the process has not been completed, his name is still included in the list.”

Also new today, that the Premier and the Finance Minister will not be a part of the primaries races which being next week for the PNP; they will automatically be advanced and the PNP will decided on three others to make up their five all island candidates slate.     The Premier did not want to talk about Michael Misick who blasted his leadership style last Wednesday… “We’ll be fielding five members at large as part of the PNP ticket and that is all that we’re saying here to that.  I’m not going to get into anything about destruction or anything like that.”

Magnetic Media challenged him on how those comments hurt him and the party, he promised to deal with Mike on the campaign trail.  “We will run on our record, and when that campaign time comes, we will put it out there, and we will lay our record out.  Anyone can say anything at any time, and that’s what you would expect from person’s who are running opposite you to say if they say it.  So when that time comes we will defend our record.”

PNP primaries begin on Monday and run until the end of next week.  Michael Misick told us that he is no longer interested in vying for a place on the PNP Ticket; he will still run at large as an independent.