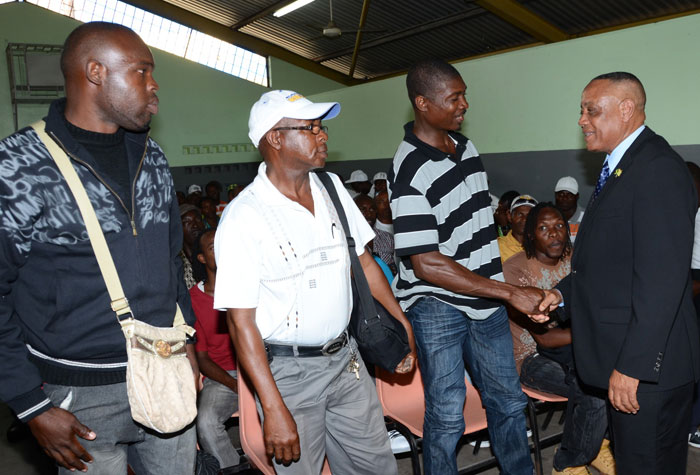 KinGSTON, April 24 (JIS): Jamaica is poised to benefit significantly from the development of new and emerging industries, which will create employment for citizens.

This was revealed in the ‘Labour Market Trends and Prospects for Employment Opportunities in Jamaica’ 2014 study, which was recently tabled in Parliament.

The study, undertaken by the Ministry of Labour and Social Security’s Planning, Research and Monitoring Unit (PRMU), cited job potential in areas such as the Logistics Hub, green economy, business process outsourcing (BPO), creative industries, tourism, agriculture, and health services.
These prospects have the potential to achieve even further reduction in the country’s unemployment rate, which is at 13.7 per cent, the lowest since 2010.

According to the study, the Logistics Hub project has created confidence for economic growth and possible employment within the offshoot areas of transportation and logistics, information technology, manufacturing, business management, human and social services, health and community services and agriculture, food and natural resources.

The other emerging area, the green economy, while relatively new to Jamaica, also has the potential to facilitate employment and new skill sets. The study defines the green economy “as an economy, which is balanced by growth and a sustainable environment where wastes within one industry become raw materials for another.”

The document also said that online employment is becoming a trend in Jamaica as persons are becoming more interested in blogging, freelance data entry, webpage design, among others.

Meanwhile, jobs in the services sector were the main source of employment for Jamaicans in 2014.
According to the document, services accounted for just over 67 per cent of the employed labour force last year, with the wholesale and retail, and repair of motor vehicles and equipment industries, as the top service sector, comprising 20.1 per cent of the labour force.

Agriculture, hunting, forestry and fishing were the largest employers from the Goods Producing sector, with a figure of 18.4 per cent, followed by Producers of Government Services, with a little over 14 per cent.
A further breakdown showed that professionals, senior officials and technicians, made up the largest group of workers, with 22.2 per cent, followed by service workers, and shop and market sales workers, who accounted for 19.9 per cent.

Sales representatives, security officers, drivers, bartenders and chefs were listed among the “hot” occupations for 2014, based on a review of job advertisements posted in the daily newspapers.
The PRMU will be undertaking additional research this year on the National Labour Market, Employment Opportunities in Four Selected Parishes, Canadian Farm Work Programme, Understanding Green Economy and its Prospects for employment in Jamaica, among other focus areas.

Cat Island to honour one of its native sons