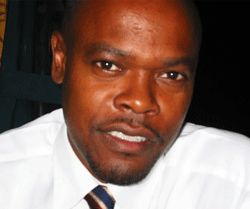 TURKS AND CAICOS ISLANDS, NOVEMBER 28, 2013- The Supreme Court ruling in favor of the former director of planning Clyde Robinson; he and his ex-wife had been charged in a scandalous case which alleged the pair acquired crown land, and then sold it or flipped it for $1.5 million to developer Richardson Arthur. But the Civil Recovery lost the case against the pair. The AG in a statement issued by the governor’s office said the chambers is disappointed that the case did not result in a judgement to make Robinson and ex-wife Susanah Bishop pay. The acting AG, Rhondalee Braithwaite Knowles said the ruling was disturbing and an appeal is being seriously considered. 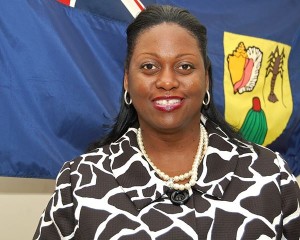 The actg Attorney General did win the related case though. The Supreme court ruled in favour of Civil Recovery Team and the Briathwaite Knowles is delighted that Richardson Arthur will now have to pay up some $1.35 million to the Turks and Caicos Islands Government, which stands shy of $200,000 that was already paid, plus more than 5 years interest. The Supreme Court ruling which came just days ago found that Mr. Arthur knew that the land being transferred to him by the then Minister of Natural Resources McAllister Hanchell, was done so wrongfully. The court also found that the then minister over stepped his boundaries and abused his position as minister. Acting AG Rhondalee Braithwaite, is being criticized for her comments conveyed in that press release… where she expresses her quote, delight in the rulings. Residents lashing out, negatively against her. Nonetheless, Acting AG also explained that the judgment is an important milestone in the Civil Recovery Programme. Brathwaite Knowles says the claim arose out of a serious case of land ‘flipping’ which took place in 2008 where Mr Arthur acquired a piece of Crown land for $50,000 and then almost immediately sold it on for development for $1.35m.