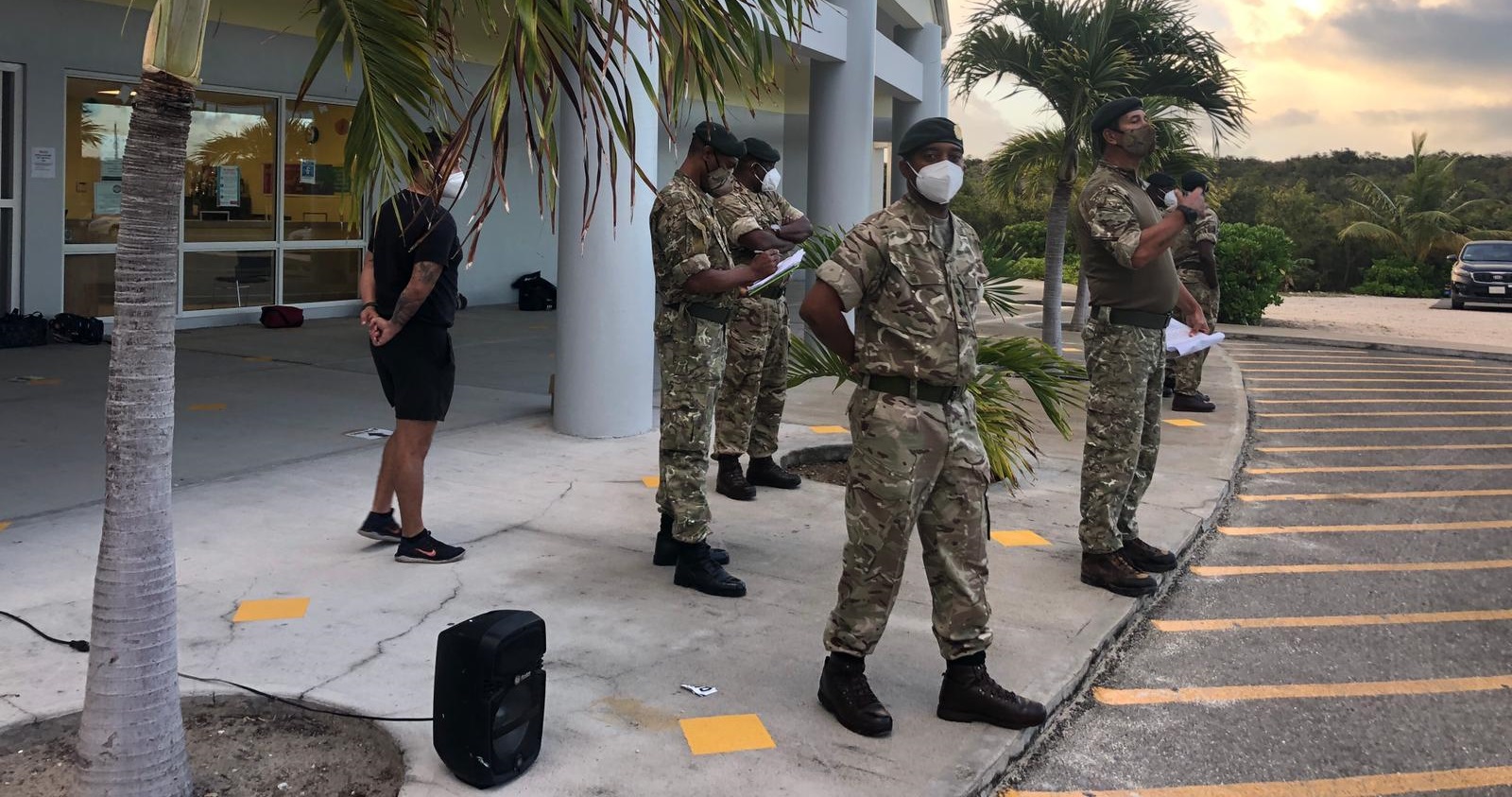 Media was welcomed in on Friday to see some of the 90+ recruits in action.  Drills, dangerous scenarios through which successful applicants had to navigate, discipline and an interview were in full swing… It was thrilling to watch.

Lt Col. Ennis Grant, the Regiment’s commander reminded that the country is building a reserve unit of 40 men and women and when they are done with the selection process – the members will be referred to as Marines.  The Regiment has provided its budget and it is hoped the unit will be outfitted with vehicles, vessels and at this time a rental space as its headquarter site in Providenciales.

Some 160 people applied for the opportunity, and over 90 turned up including a man on crutches who told media he just had to be there no matter what because he wants to serve his country.

Governor Nigel Dakin, who dropped into the exercises twice last week at Louise Garland Thomas High School (formerly Long Bay High School) said, he was truly impressed and believes the selection process will be a quite a challenge.