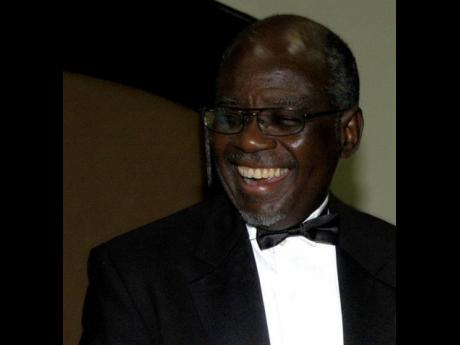 KINGSTON, Jamaica, February 9, 2021 – The Judiciary of Jamaica is mourning the passing of former President of the Court of Appeal the Honourable Mr. Justice Paul Theodore Harrison, OJ, who died on Sunday, February 7, 2021.

“Justice Harrison by virtue of his integrity, both as a person and judge, contributed significantly in establishing the high reputation for independence of thought and rigour in judicial decision making that our Judiciary enjoys today,” Chief Justice Sykes said.

Meanwhile, President of the Court of Appeal the Honourable Mr. Justice Patrick Brooks, OJ, CD hailed Justice Harrison as an exemplar of correct judicial demeanour and a first-class jurist.

“Many of the judges of this court remember him making presentations at several judicial seminars, assisting younger colleagues and guiding magistrates and clerks of court in honing their craft. He did so in his smooth, unruffled manner, which was his trademark on and off the bench. Justice Harrison was always measured in his speech and even tempered and polite in his approach,” Justice Brooks said.

Justice Harrison began his outstanding career in the courts in the then Resident Magistrates’ Court as a temporary clerk in 1958. After qualifying for the Bar at Lincoln’s Inn in London, he returned to Jamaica and served as a Clerk of Courts. He served as a prosecutor in the Office of the Director of Public Prosecutions for four years (1971–1975) before commencing, what turned out to be an illustrious career on the bench. He was a Resident Magistrate for ten years before being elevated to the Supreme Court as a Puisne Judge in 1985, where he served for twelve years. He was appointed as Judge of Appeal in 1997 and eight years later assumed the presidency (2005-2007) of the Court of Appeal. He retired after serving the people of Jamaica for forty nine (49) years.

Having spent a significant portion of his professional life in the field of criminal law, he showed great agility of mind, commitment to learning and steadfastness in purpose by developing into an outstanding judge in the civil law. As a trial judge, he was equally competent in presiding over criminal and civil trials. His summations were succinct without sacrificing precision, comprehensive without being verbose, eloquent without being pretentious. As he was in speech, so he was in prose. His many judgments in the Court of Appeal provided learning guidance at the time they were written and with the passage of time, their lights burn with ever increasing luminosity.

His service to the country did not end when he demitted the office of President. He was the commissioner for an enquiry into the fatal fire that occurred at the Armadale Juvenile Centre. His recommendations led to significant changes in the treatment of young people in conflict with the law. He was, for a time, a member of the local Privy Council that advises His Excellency the Governor General.

At the time of his untimely passing, Justice Harrison was presiding over a landmark case in the Turks and Caicos Islands. The COVID-19 pandemic forced him to remain at home and to preside over the case by videoconference. He was, therefore, with his family when he became suddenly ill and later died.

All who appeared before him will remember his calm, yet firm demeanour and his gentleness of spirit. The Judiciary of Jamaica mourns the loss of this outstanding Excelsior High School graduate who has left a lasting legacy in Jamaican and Commonwealth Caribbean jurisprudence.

The Judiciary extends its sincere condolences to Justice Paul Harrison’s family, his wife Doreen, his son Dirk and his daughter Paulette, and pray that they will be given the strength to bear their loss. May his family and friends find comfort in knowing that his was a life well lived.