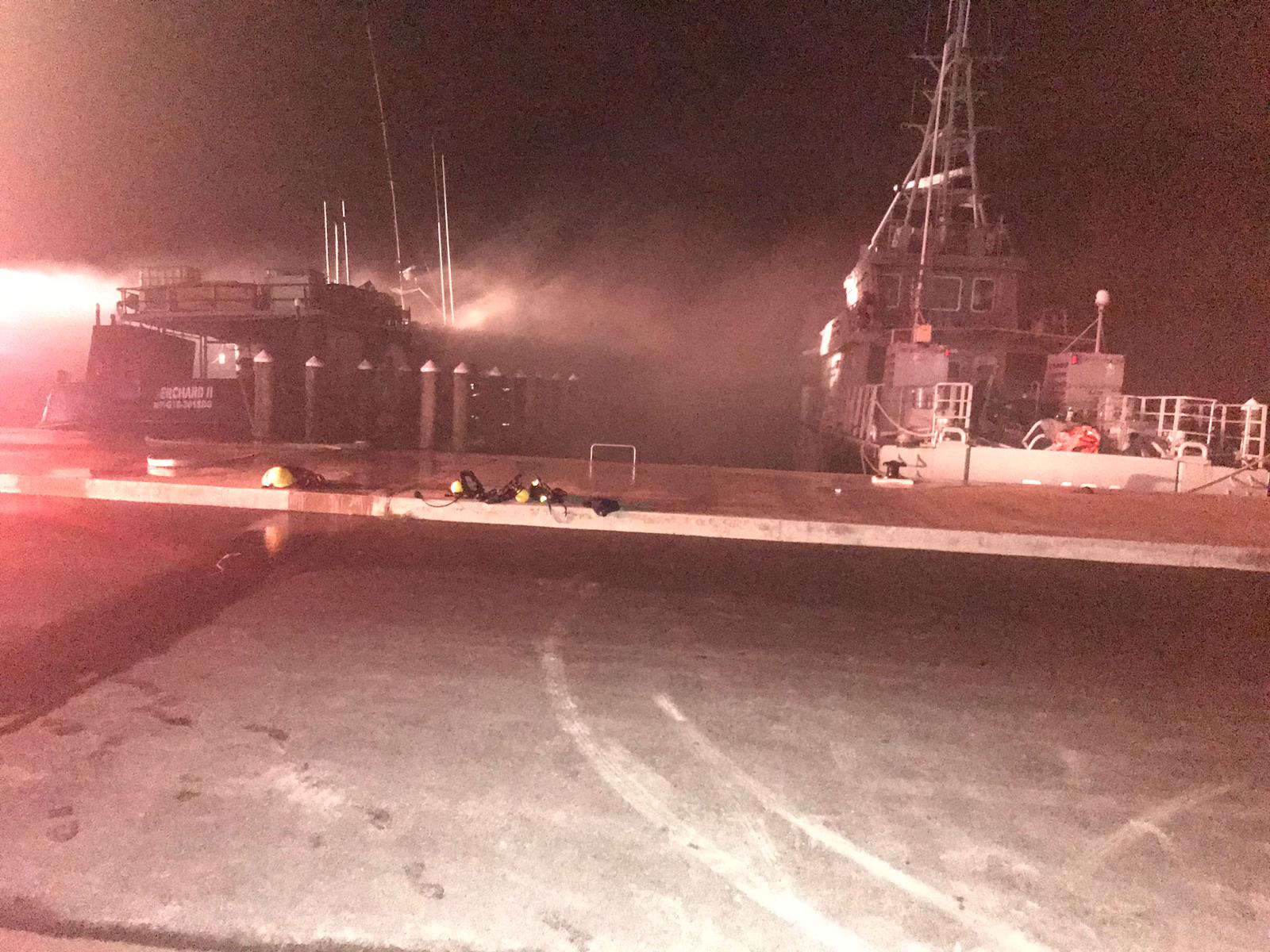 Coral Harbour Base, November 18, 2019 – Bahamas – Firefighters from the Police Department were called to the Royal Bahamas Defence Force base late Sunday night to assist in extinguishing a fire onboard a captured craft.

The isolated fire was discovered by RBDF Marines during the conduct of a routine round of the Base. They attempted to extinguish the blaze, however, the fire was too big to contain. The fire was eventually brought under control with no injuries.

The captured vessel was brought into the Defence Force base on Thursday past after Dominican fishermen were caught in Bahamian waters for poaching. All of the fishery products were previously removed from the vessel.

This matter is being investigated by fire officials.