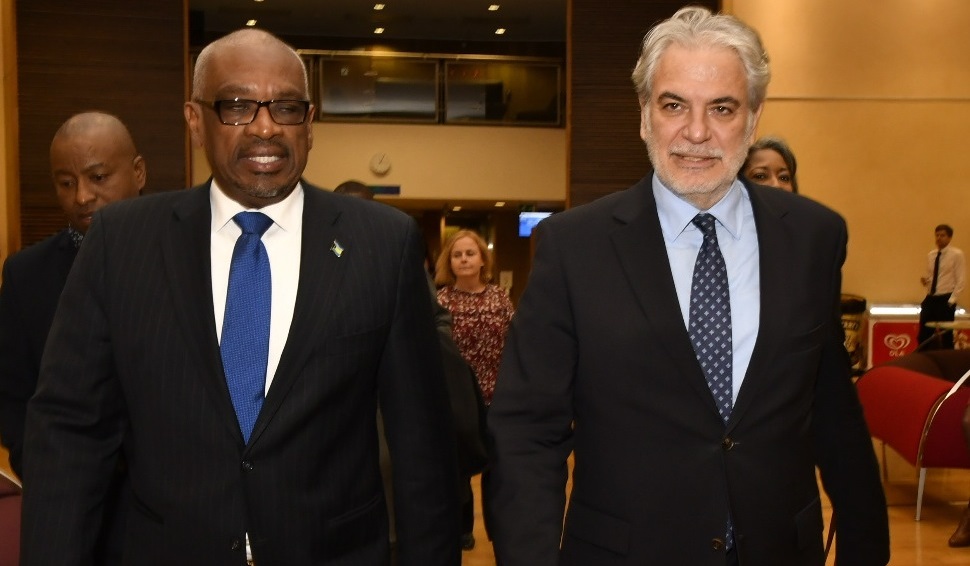 #Brussels, November 19, 2019 – Belgium – In a meeting with the European Commissioner responsible for Humanitarian Aid and Crisis Management, Christos Stylianides, Prime Minister the Most Hon. Dr. Hubert Minnis outlined challenges faced by The Bahamas as it relates to illegal migrants.

Prime Minister Minnis highlighted the state of the country’s already stretched social resources faced by the Government and its impact on the country, the Bahamas Government’s strategy to prevent the re-establishment of unsafe shanty towns and the importance of protecting the country’s borders.

The Prime Minister noted that immediately following the passage of Hurricane Dorian all residents displaced by Hurricane Dorian, including undocumented migrants, were evacuated and provided with shelter, food and medical treatment at the expense of the Bahamian Government. Education assistance was also provided.

Repatriations were suspended for a period of time for non-documented residents affected by Hurricane Dorian in the immediate aftermath of the storm.

Prime Minister Minnis emphasized that all undocumented migrants would be treated humanely and reiterated that The Bahamas is a country of laws and governed by the rule of law. Therefore, the Government is obliged to follow the law as outlined in The Bahamas Immigration Act.

He reaffirmed that all undocumented migrants will be repatriated and the construction of shanty towns would not be tolerated. Prime Minister Minnis noted that first-time applicants of work permits must apply while outside of The Bahamas and employers of work permit holders must ensure that safe and suitable housing is provided for employees.

During the meeting, held Thursday 14 November, Commissioner Stylianides and the Prime Minister also discussed how the EU could provide increased humanitarian and development assistance.

The EU was among the multilateral agencies to provide relief and assistance immediately following the storm.

The meeting at the European Union’s headquarters marked the end of a series of meetings between the Prime Minister and Cabinet Ministers and officials from the EU and African Caribbean and Pacific (ACP) Group of States.

Prime Minister Minnis, who led a delegation to Brussels 11-15 November that included the opening of a new Embassy and European Union Mission, addressed a meeting of the ACP Commission of Ambassadors on 14 November.

Minister of Foreign Affairs, the Hon. Darren Henfield, and Bahamas Ambassador to Belgium Ms. Maria O’Brien, met with candidates vying for the post of ACP Secretary-General.

Attorney General and Minister of Legal Affairs, the Hon. Carl Bethel, and Ambassador O’Brien, met with Tiina Astola, Director-General for Justice and Consumers at the European Commission.

The Prime Minister returned to The Bahamas on Friday 15 November.