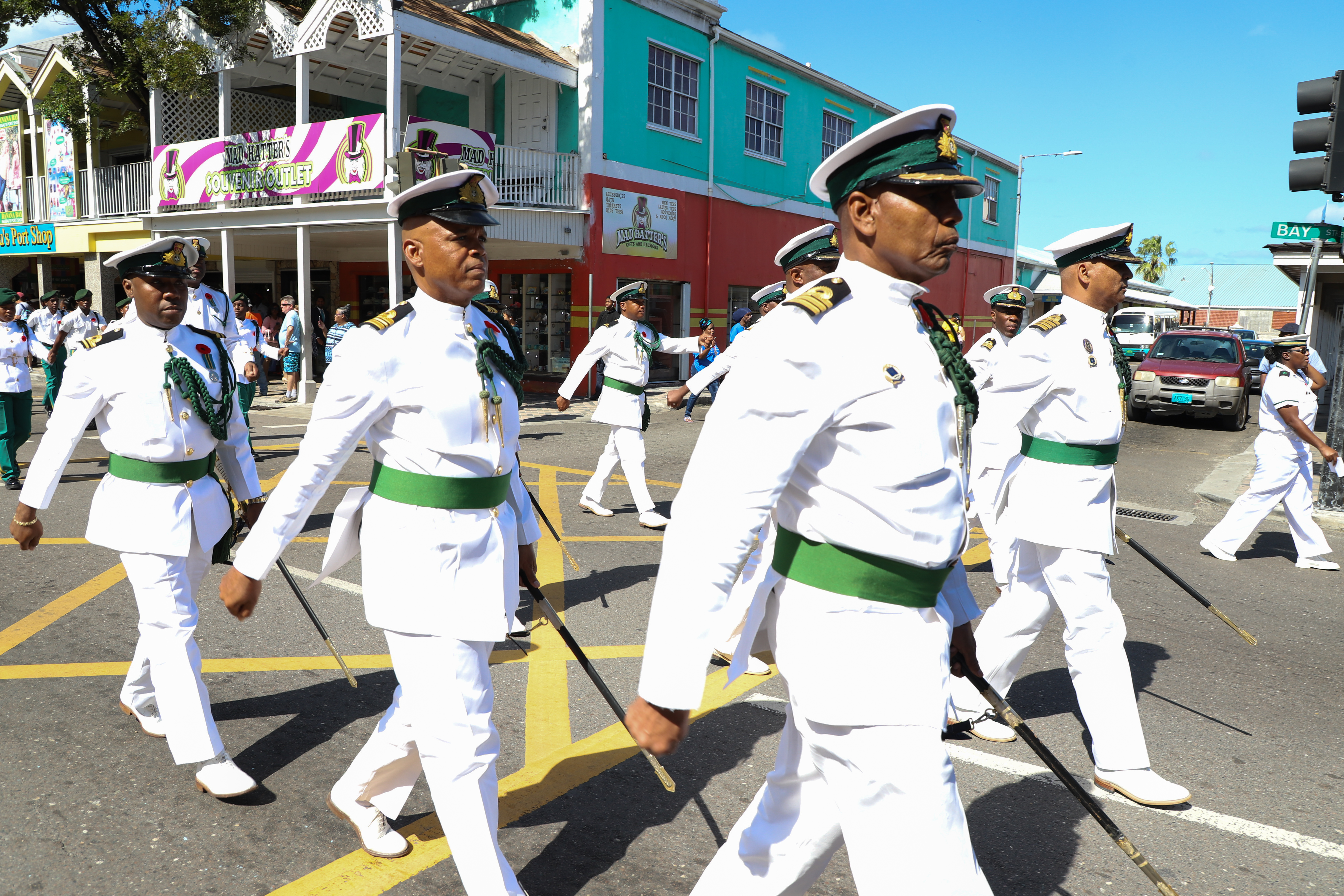 Coral Harbour Base, November 12, 2019 – Bahamas – Acting Commander Defence Force, Captain Raymond King along with the Officers and Marines of  the Royal Bahamas Defence Force joined the world in commemorating veterans of World Wars I and II on  Remembrance Day.

This year’s ceremony, which was held on Sunday November 10th, 2109, also marked the culmination of many activities that members of the British Legion-Bahamas Branch (BLBB) showcased this year in commemoration of the ending of World War II, which took place in June of 1944.

This event is commemorated on the nearest Sunday to November 11th. Therefore every year, the second Sunday in November, the men and women who served during the two World Wars are remembered.

Following the church service at Christ Church Cathedral, George Street, there was a parade of dignitaries, various government and non-government organizations and youth groups which ended on Parliament Street.

Wreaths were laid at the base of the Cenotaph monument by His Excellency the Governor-General, the Prime Minister, the Commissioner of Police, the Acting Commander Defence Force, members of the Diplomatic Corps, and representatives of the armed and civic services.