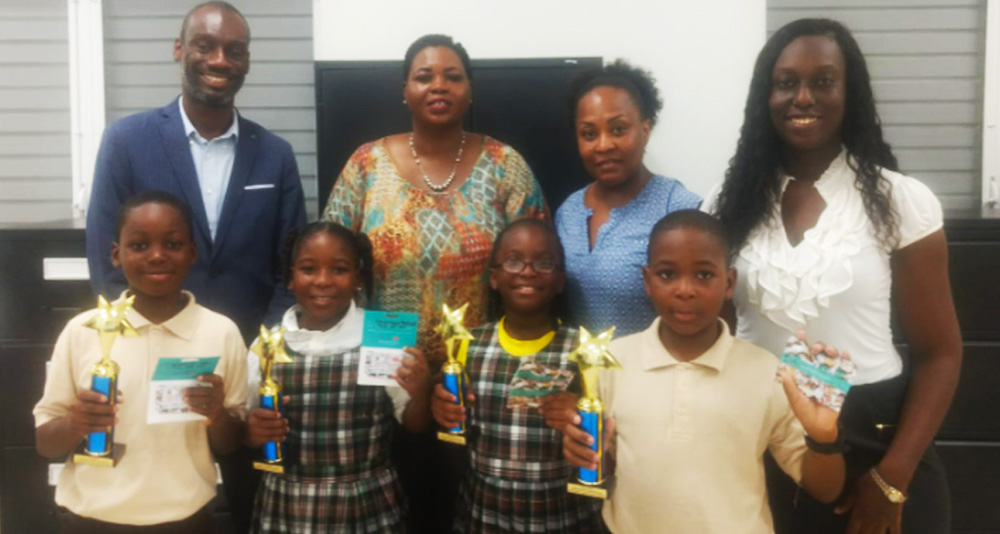 #TurksandCaicosIslands – October 29, 2019 — Students from the Turks and Caicos public education system accepted the challenge to enter one of three competitions commissioned, in early September by the Ministry of Education, Youth, Culture, Social and Library Services and the European Union.

Students from pre-school to college were offered an opportunity to demonstrate their creativity and appreciation of ‘Education’ in three separate contests.

Primary school students were asked to submit a poster design or written piece as a demonstration of thanks to the European Union and Ministry of Education for the ongoing work to modernise the Education Sector.

High school and tertiary students were challenged to use a mobile device to create a of a song, rap or poem via a solo, duo or group style performance – the ‘Selfie or Ussie’ competition. The students were asked to share on the theme ‘How Education Helps Me’.

The European Union is providing funding support to the Turks and Caicos Islands Government to the tune of €17.52 million.  The monies, granted through the EDF-11 programme are supporting school construction, training and curriculum development and management support as well as school rehabilitation in the aftermath of hurricanes Irma and Maria.

Media production professionals, entertainers and an Educator judged the entries. Winners were announced on Thursday October 17, with prizes awarded to students from North Caicos, Providenciales and Grand Turk.

All winners received a trophy courtesy of the Ministry of Education and the European Union.

“This competition was a great opportunity for our students in the public-school system to showcase their talent in the arts and creative writing. I would like to congratulate our winners for their outstanding achievements in placing in the various categories. It was indeed a worthwhile experience as the competition encouraged our students to learn more about the advancements that are happening within the Education Sector as a result of the partnership between the European Union and my Ministry,” said Minister of Education, Karen Malcolm.

Ambassador Malgorzata Wasilewska, Head of the EU Delegation, based in Jamaica says EU support to this competition is in keeping with its commitment to foster youth development.

“We believe it is important to engage young people in efforts to foster sustainable development including though environmental protection, health promotion, education and skills development. This is why I am so pleased that the EU is part of this effort that encourages young people to explore and showcase their creative skills in recognition of the value of education in transforming lives.”The winning entries and winners can be viewed on Magnetic Media social media – Facebook, Twitter and Instagram – from now until the end of October.

The winners will also be featured in a special production of Turquoise Morning which airs across the Caribbean, USA and Canada on One Caribbean Television.