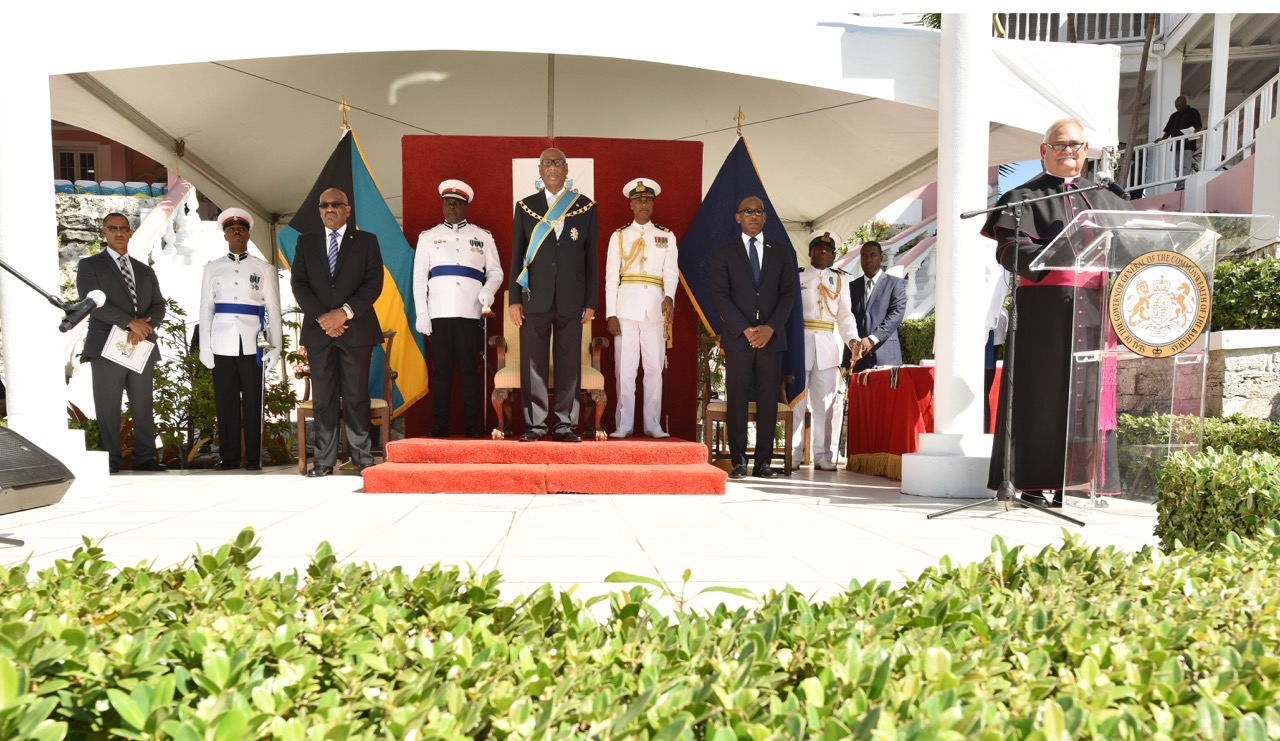 #Nassau, October 16, 2019 – Bahamas –Prime Minister the Most Hon. Dr. Hubert Minnis recognized the courage and grace of the many Bahamian citizens who put their lives at risk during and in the aftermath of Hurricane Dorian. The Prime Minister was speaking at the 2019 National Honours Investiture Ceremony held at Government House on Monday 14 October, National Heroes Day.

Twenty-one Bahamians were formally invested by Governor General His Excellency the Most Hon. C. A. Smith for offering tremendous national service or exemplifying excellence in various fields.

The Prime Minister took the opportunity to pay tribute to the many Bahamians who were the face of courage and resilience as Hurricane Dorian unleashed its devastation and fury on Abaco and Grand Bahama.

“Nurses, doctors, defence force and police officers, family administrators and other public officers and private citizens were on the frontlines of protecting others and saving lives,” said Prime Minister Minnis.

“Many of our fellow-citizens put their lives at risk in the service of others. Most of these public officers on Abaco, and many of these heroes on Grand Bahama, lost their homes and all of their possessions. On this National Heroes Day, we recognize their courage and their grace.”

In recognition of those who showed service and courage during Hurricane Dorian, the Office of the Prime Minister launched a social media campaign featuring the stories of three heroes who exemplify the courage of many, many other Bahamian heroes.

“Such service and courage is a powerful demonstration of the best of the Bahamian spirit and the spirit of One Bahamas,” said Prime Minister Minnis.

“As we make our country whole again and as we reconstruct and renew Abaco and Grand Bahama, may the words of our National Pledge…be our guide. May we be ‘one people united in love and service’.”

The Prime Minister acknowledged that the 2019 National Honourees are also people of courage.

Prime Minister Minnis said the honourees have demonstrated courage in the exercise of religious pastoral ministry; the promotion of cultural and national development; the service of others through political, public, civic and community service; the chronicling of the nation’s history and preservation of  national treasures; the preservation of the natural and built environment; and the pursuit of excellence in education, commerce and athletics.

“May the examples of our fellow-citizens, especially those honoured today, inspire the desire within us all to serve within our Commonwealth,” said the Prime Minister.

The new Companions of the Order of The Bahamas are Rev. Dr. Philip Rahming; the late Timothy Gibson; and the late Rev. Dr. Hervis Bain.

The new Companions of the Order of Distinction are the Hon. Frank Watson and the Hon. O.A.T ‘Tommy’ Turnquest.

The new Officers of the Order of Distinction are Mr. Keith Mason, Sr. and Mr. Franklyn O’Brien Rolle.

The Order of Lignum Vitae was awarded to Mrs. Shaunae Miller-Uibo.