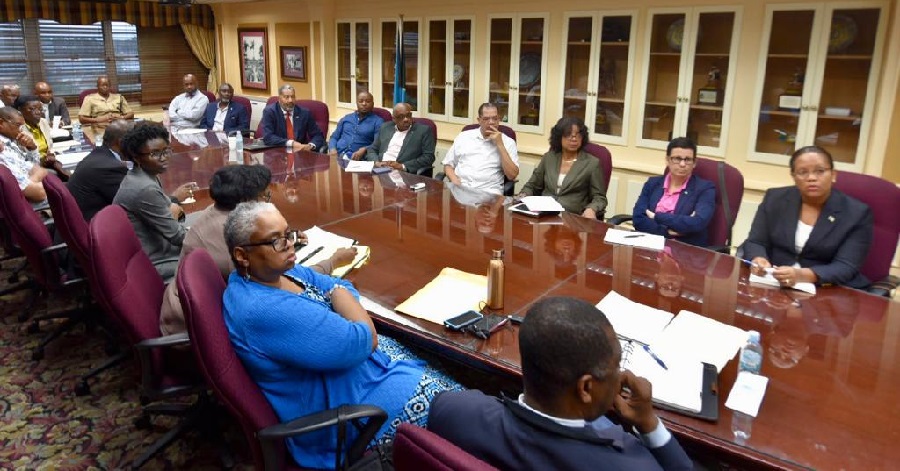 #Nassau, August 30, 2019 – Bahamas – Prime Minister the Most Hon. Dr. Hubert Minnis and members of his Cabinet today met with members of the National Disaster Consultative Committee, which makes up the National Emergency Management Agency, NEMA, to map out plans to steer the country through Hurricane Dorian.

Also present at Cabinet Office were Secretary to the Cabinet Camille Johnson, Minister of Foreign Affairs the Hon. Darren Henfield, Minister of Social Services and Urban Development the Hon. Frankie Campbell, Director of NEMA Captain Stephen Russell, technical officers from the Ministry of Works, the Public Hospitals Authority, representatives of Bahamasair, and private airlines, other representatives from relevant agencies.

The Minister of State for Grand Bahama, Senator the Hon. Kwasi Thompson along with members of the Grand Bahama Disaster Preparedness Committee,  (NEMA) participated in the meeting via videoconference, as East Grand Bahama is expected to be impacted during the passage of the storm.

During a NEMA Press Conference on Friday, August 30 at 12 noon, the Prime Minister will address the nation in an appeal for residents to take all necessary precautions to protect themselves and properties.