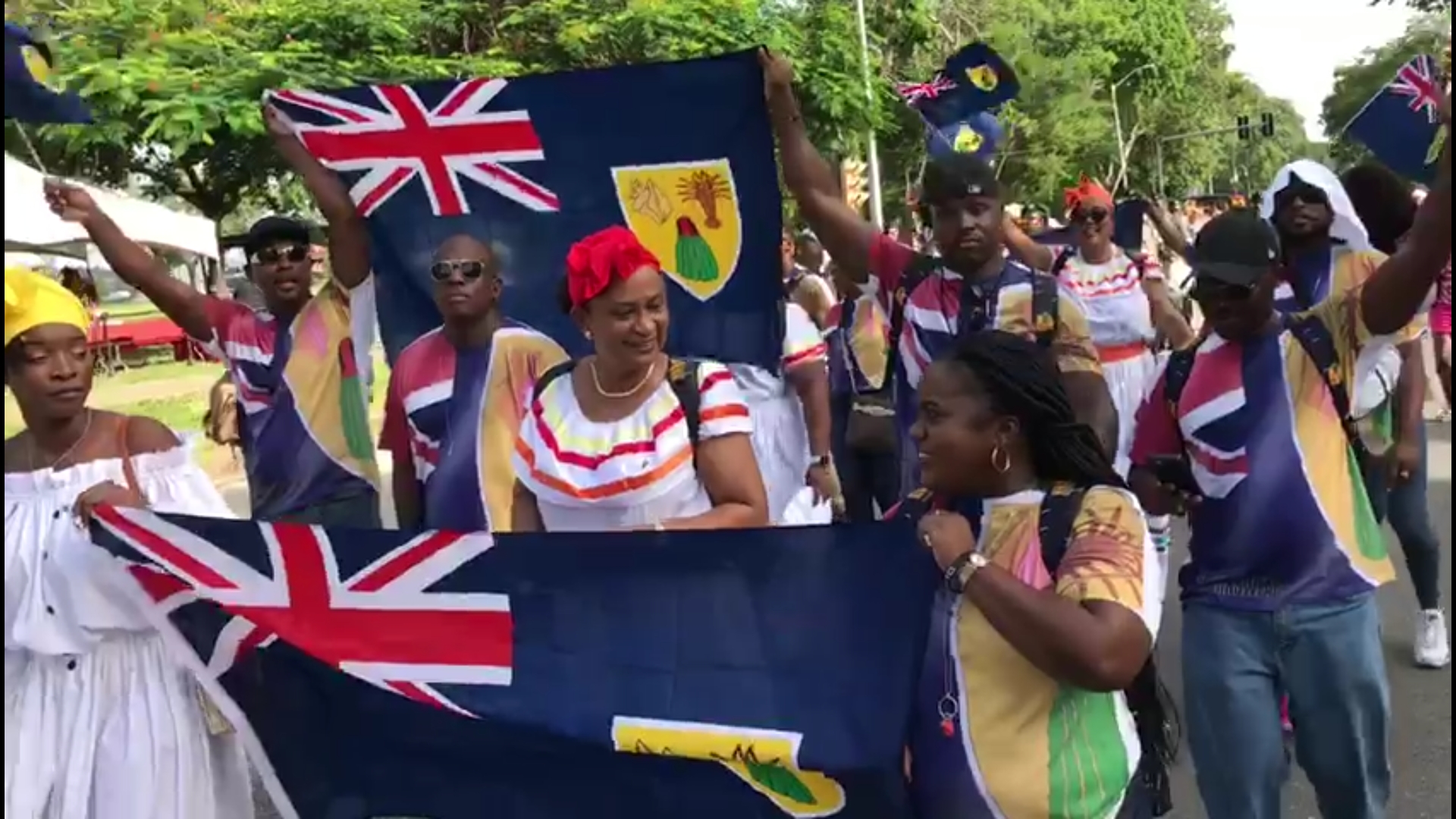 #Providenciales, August 17, 2019 – Turks and Caicos – In a step to improve the awareness of Turks and Caicos culture among Caribbean countries, the TCI significantly boosted its presence at Carifesta XIV, which is on now in Trinidad and Tobago.

Improving on its delegation from three people representing the Turks and Caicos in Barbados in 2017, to now having 27 islanders to be featured over the seven days, the TCI Department of Culture in partnership with the TCI Tourist Board teamed up to ensure the bar is raised on cultural representation of the 40 islands and cays.

On opening day, Turks and Caicos Minister of Culture, Hon Karen Malcolm donned the national costume and led an exuberant contingent, all showcasing the islands in dress, dance, music and tourism.

The Opening ceremony of CARICOM’s Carifesta was held at Queen’s Park Savannah.