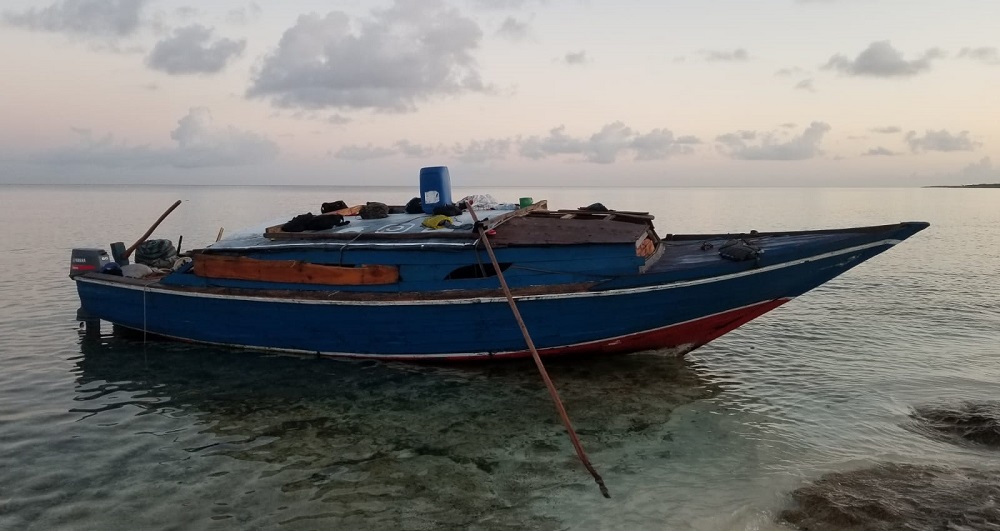 #Providenciales, August 16, 2019 – Turks and Caicos – Haitians are faced with being denied a first-time work permit in the Turks and Caicos Islands in a bid to end the temptation for Haitians to try to sneak, undetected, into TCI waters.

It was a candid view expressed by the Minister of Immigration who said the influx of illegal Haitians is just too much. In a statement issued yesterday, Minister Delroy Williams is also advocating for increased pressure on those facilitating human smuggling.

“The time will come to consider stopping the first-time work permits for Haitian nationals if this continues. In addition, I will meet with Immigration Enforcement officials and the top brass of the Police to formulate a strategy to find those illegal Haitians who were not apprehended and are still in our country. I think we all have a fairly good idea where these people are living. We simply cannot allow them to come here illegally, live here illegally and work here illegally. We have to find them and deal with them. Enough is enough!”

“During the early morning of August 10th, 2019, an illegal vessel from Haiti landed within the Malcolm Beach area of Providenciales. Officers of Enforcement Unit “B” immediately responded to the scene and confirmed the landing. After a thorough search of the area, thirty-seven (37) persons were apprehended inclusive of eleven (11) females. They were all escorted to the Detention Centre for processing.

On the morning of August 12th, 2019, a vessel transporting fifty-three (53) persons; forty (40) males, twelve (12) females and one female minor, was intercepted by the Royal Turks and Caicos Islands Police Force Marine Branch, taken to South Dock, Providenciales and handed over to the Immigration Department Enforcement Unit.  The immigrants were also escorted to the Detention Centre for process and eventual repatriation.”

Holding space at the detention center is almost maximized by the two arrivals; each vessel measures 30 feet in length.

“After these two operations, 119 persons were at the Detention Centre which has a maximum capacity of 165.  During the operations one person tried to escape the custody of Immigration and Police. He was captured by authorities.”

The Minister is encouraging public help, explaining in his statement that tips can be given in French, Spanish or English and anonymously at Crime Stoppers.  Crime Stoppers tips are received in the USA.