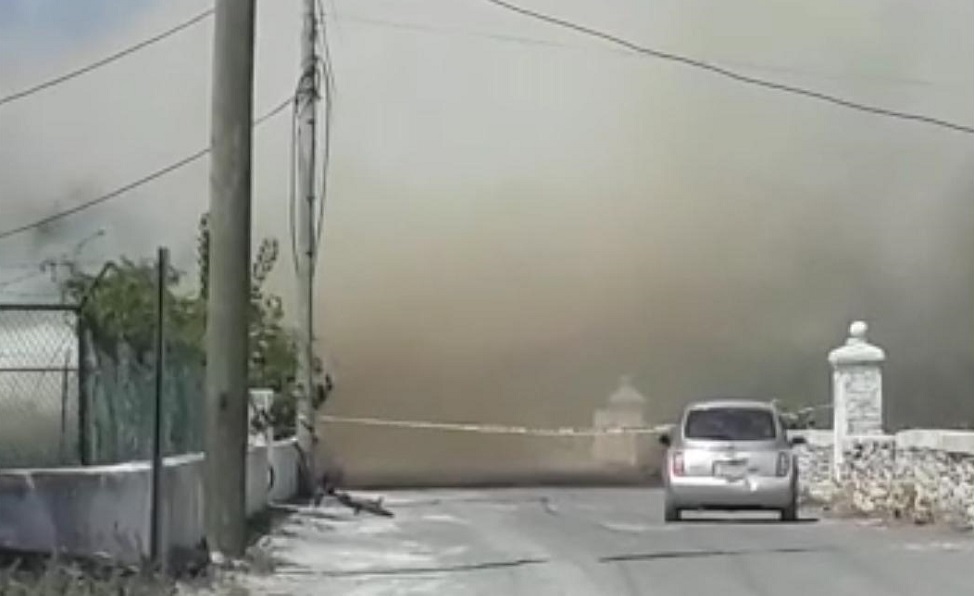 #Providenciales, August 26, 2019 – Turks and Caicos – There was an unusual silence for country officials as Grand Turk buildings and sites continue to be set on fire and flights into and out of the capital were cancelled for hours.  The JAGS McCartney International Airport reopened around 6 pm on Sunday after being closed nearly all-day because its fire crew was pulled away to a major fire in town.

Three fires set between Saturday night and Sunday morning led to an island blanketed in smoke and an airport which had to be shut down, due to the need of the airport’s firefighters to extinguish the biggest of the blazes.

No official is talking but Magnetic Media was informed that Dave’s Garage, the public dump and the Old Clinic and Environmental Health Office were set on fire.  All three fires are believed, by residents, to have been intentionally lit.

Caicos Express Airways and interCaribbean Airlines were adversely affected by the suspended flight operations, so were their customers.

Yet, there is no information to the general public, once again, from the Turks and Caicos Islands Airports Authority on the closure of the Grand Turk airport.

No information from Police on the fires, which caused major upheaval for Grand Turk and travelers on Sunday.

No information from Government despite attempts by Magnetic Media to get feedback from Minister of Home Affairs, Goldray Ewing and Minister of Health Edwin Astwood, who is also a Grand Turk Member of Parliament.

Usually, there would be something said by someone in a matter of this magnitude; but we regretfully report that there have been no statements issued or that we could find up to news publication time.