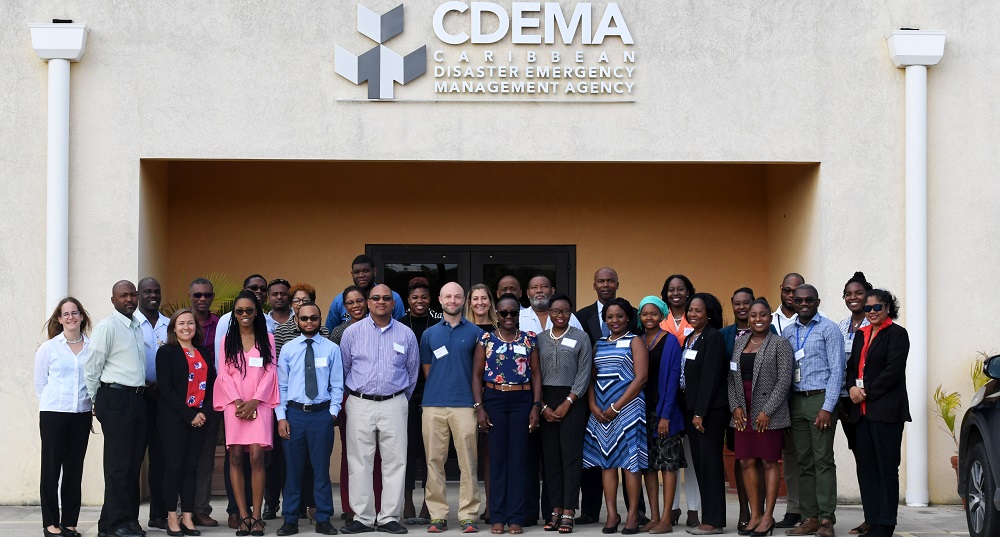 Exercise SYNERGY, is the flagship regional exercise event facilitated by the CDEMA Coordinating Unit. Deputy Executive Director of CDEMA, Elizabeth Riley welcomed the participants’ active cooperation in the exercise, deemed timely as it falls ahead of the 2019 peak Hurricane Season.

Speaking at the Opening of the Exercise, Riley said, “We are here today because saving lives and delivering humanitarian assistance to impacted populations in CDEMA Participating States in an efficient and effective manner is not an option.  We know this because in the Caribbean we live with risks.”

“What is different about Synergy is that it is regionally owned and operated. As a region we therefore set the agenda and priorities and shape the results we want towards strengthened coordination”, said Riley.

Following the unprecedented hurricane events of 2017, a rapid review of the regional response found that there is room to improve and better coordinate the Regional Response Mechanism (RRM). The main objectives of Exercise SYNERGY are to test the coordination mechanism in its response to emergency events that impact the CDEMA Member Countries and to familiarize participants with the operations and protocols of the Mechanism and the Regional Coordination Plan (RCP).

Acting Deputy Director for Development at Global Affairs Canada, Jenna Hendrix-Miljours, said that Canada has worked with developing the RRM since Hurricane Ivan of 2004. In 2017, CAD$100 million was donated to finance reconstruction and climate resilience efforts in the Caribbean for 5 years. Hendrix-Miljours acknowledged that such a multi-island strike tested the region’s capacity to recover and therefore highlighted the importance of effective coordination and sustaining the regional mechanism.

On day one, participants engaged in the first pre-impact War Gaming session where they were given a scenario of a regional threat from a weather system. This fictitious weather system developed into a major category 5 hurricane prompting preparatory actions at the national, sub-regional and regional levels. Day two of the exercise tested the activation of the Regional Response Mechanism and joint coordination of assistance through this mechanism for the impacted CDEMA Participating State. The scenarios propelled discussions around synchronization of resources at national, regional and international levels.

The Regional Response Mechanism comprises of Participating States as well as national, regional and international stakeholders through which response and relief operations are coordinated through CDEMA’s Regional Coordination Center. Some key results of the Exercise were a draft guidance document on the roles and responsibilities of RRM partners as outlined in their Articles of Agreement and the identification of resources available to the RRM ahead of the peak hurricane season. The recommendations will also inform the update of the Regional Coordination Plan.