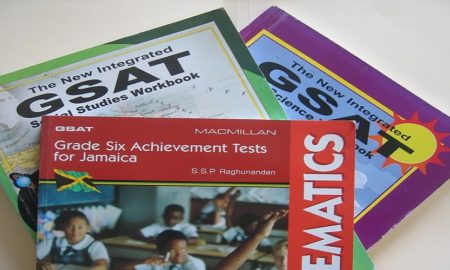 #Providenciales, June 19, 2019 – Turks and Caicos – The National pass rate for the GSAT is down for second consecutive year, observed as the Grade Six Achievement Test (GSAT) results are revealed today.

While the highest score of 97.14 percent, earned by Sherian Parry of Ona Glinton Primary school topped the 2018 highest scored by some five points, the difference on the national pass rate is roughly 8 points with 2019 falling severely behind.

GSAT results for 2018 showed the national pass rate at 75.56 students; this year, there is a decreased percent of 67.85 students who managed to pass the examination which is the qualifier for entrance to high school.

The ten-year low for GSAT pass rate was recorded in 2009, when only 64 percent of the students sitting the exams over two days managed to pass for high school entrance.  This year’s performance is the second lowest score in ten years.

The Ministry of Education said of the 2018 results, which dropped just under five percentage points from the year before that: “The impact of the storms at the commencement of the school year brought new challenges.  The Government has expressed its commitment to rebuilding stronger more resilient schools, and to ensuring that all learners have the tools needed to be successful.   The Ministry will continue to make professional development opportunities available to all staff, continuously upgrade facilities in primary and high schools and expand the ICT inventory in schools.”

Coincidentally, the Minister of Education, Karen Malcolm on Thursday signed a Safe School Declaration with the UNICEF which among other things is a commitment to ensure that there is continuity of classes despite disasters and emergencies.

In the 2019 sitting, which is also the last GSAT for Turks and Caicos Islands, there were 535 test takers and 363 were successful in passing.

In 2018, there were less candidates for GSAT at 487; of that 368 passed the string of exams in Math, English, Science and a General Paper.