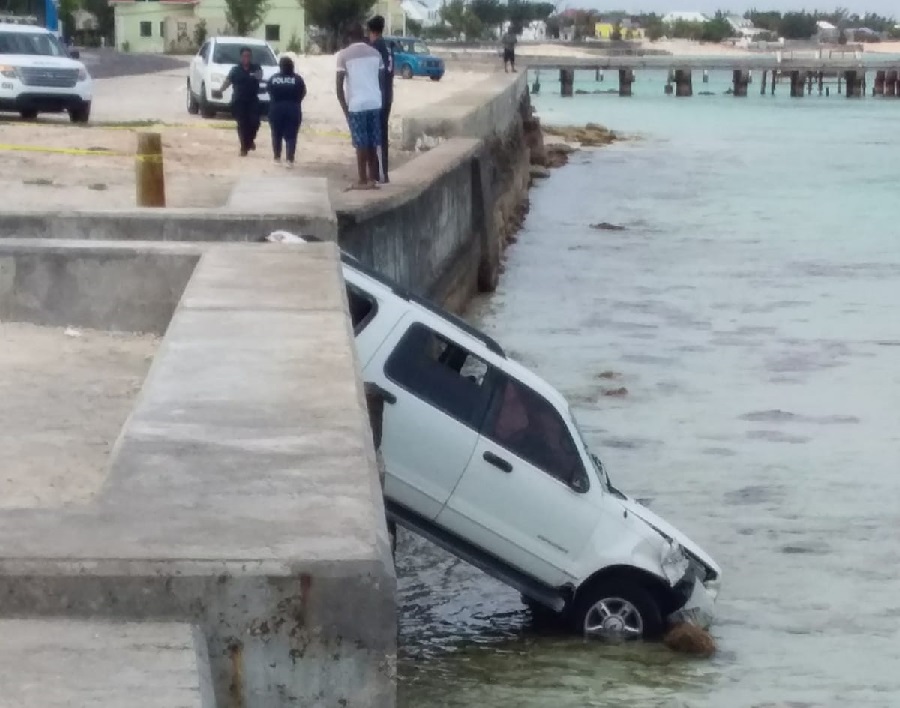 Grand Turk, June 11, 2019 – Turks and Caicos – Another vexing fire in Grand Turk follows a startling Sunday morning scene of a burglarised jewelry store but Police are not yet giving any details on the heist.

On Sunday, the images were circulated on social media of GoldSmith jewelry on front street with its store front smashed in; inside high-end goods like leather handbags, designer shades and other goods were left behind but some of the jewelry showcases were busted open.

Images showed the shattered showcase glass.  It appears there was focus on watches and some jewelry.

The report by ‘Joe Public’ to Magnetic Media is that an old jeep was stolen, that the jeeps was used to barrel into the store front and that is how the culprits managed to gain access to the expensive merchandise and get away with the loot.

The store reportedly has an alarm system.  However, one unconfirmed account explained that a few nights before the burglary, there was an attempt at Goldsmith which set off the alarm.  It was said the attempt was a trial run for the real, shocking heist where there continues to be no official Police report.

A vehicle was photographed, careened into Front Street waters, next to the boat ramp.  One account is the Ford Explorer was stolen from the airport.

There is more information on the fire which burned the base of a utility pole on Waterloo Road.

Police explained that the Fire Department is investigating the fire which they extinguished after 4 a.m. after 911 was called about the blaze.

Residents believe it is arson, however Police told Magnetic Media that the cause of the fire cannot be confirmed at this time.

It is believed that suspects in both cases remain at large.