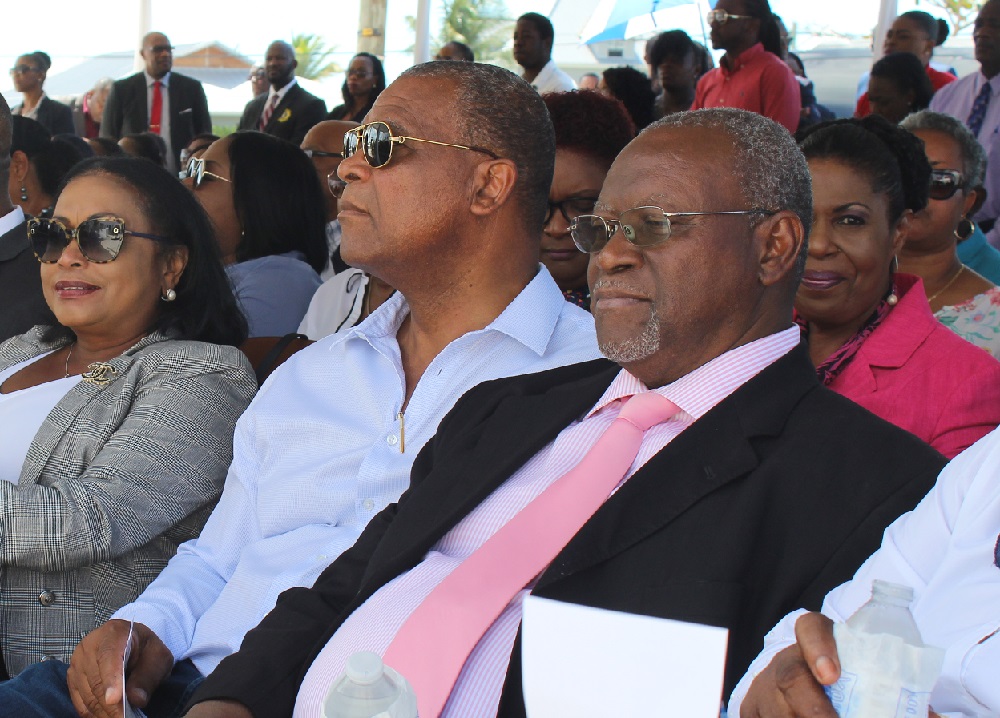 #Providenciales, May 9, 2019 – Turks and Caicos – There is at least one group of islanders who is willing to go on the record to express their dissatisfaction at events taking place during the opening of the new post office in Providenciales on Tuesday; the Progressive National Party had some harsh labels for the ceremony.

The PDM Government is accused of deceit, abuse of power and the opening of the new George Brown Post Office in Providenciales, is labelled as a day of infamy by the PNP Opposition which today issued a media statement.

The Progressive National Party Leader, Washington Misick is claiming that the construction of a new post office was long planned by the PNP Administration of 2012-2016, and he slammed the PDM Administration for trying to take credit for it.

“Deceitful because both the outgoing Minister for Home Affairs and the Premier deliberately mis-stated facts that are public knowledge and reflected in the Public Investment Program section of the 2016/2017 Budget.  The relevant section of that budget is attached and reflects not only the fact that allocation of $1,150,000 is included for the New post office but many of the projects that are just now being action by this Government were provided for in the Rufus Ewing 2016/2017 Budget.”

PNP Leader Misick also provided a document showing the 2016-2017 allocation of $1.15 million for a post office re-development when he was Minister of Finance, Investment and Trade.

The PDM government was also criticised for a new set of lapel pins which feature the TCI’s first Chief Minister, the Most Excellent Jags McCartney and the first female premier, Hon Sharlene Robinson.

“Abuse of power, because the Government used the occasion for political grand-standing by distributing lapel pins of the Premier – how self-aggrandizing and egocentric can one be. Although it may be a matter of scale, one has to also ask the question, whether public money was used to procure these pins, and how it fits into delivering real progressive change.  Afterall, there is absolutely no nexus between the opening of a post office and the distribution of lapel pins with the image of a country’s current leader…”

The PNP, in the media release charged the Robinson led government with trivializing the national hero role and expressed concern that the Premier would herself next commission stamp in her honour.