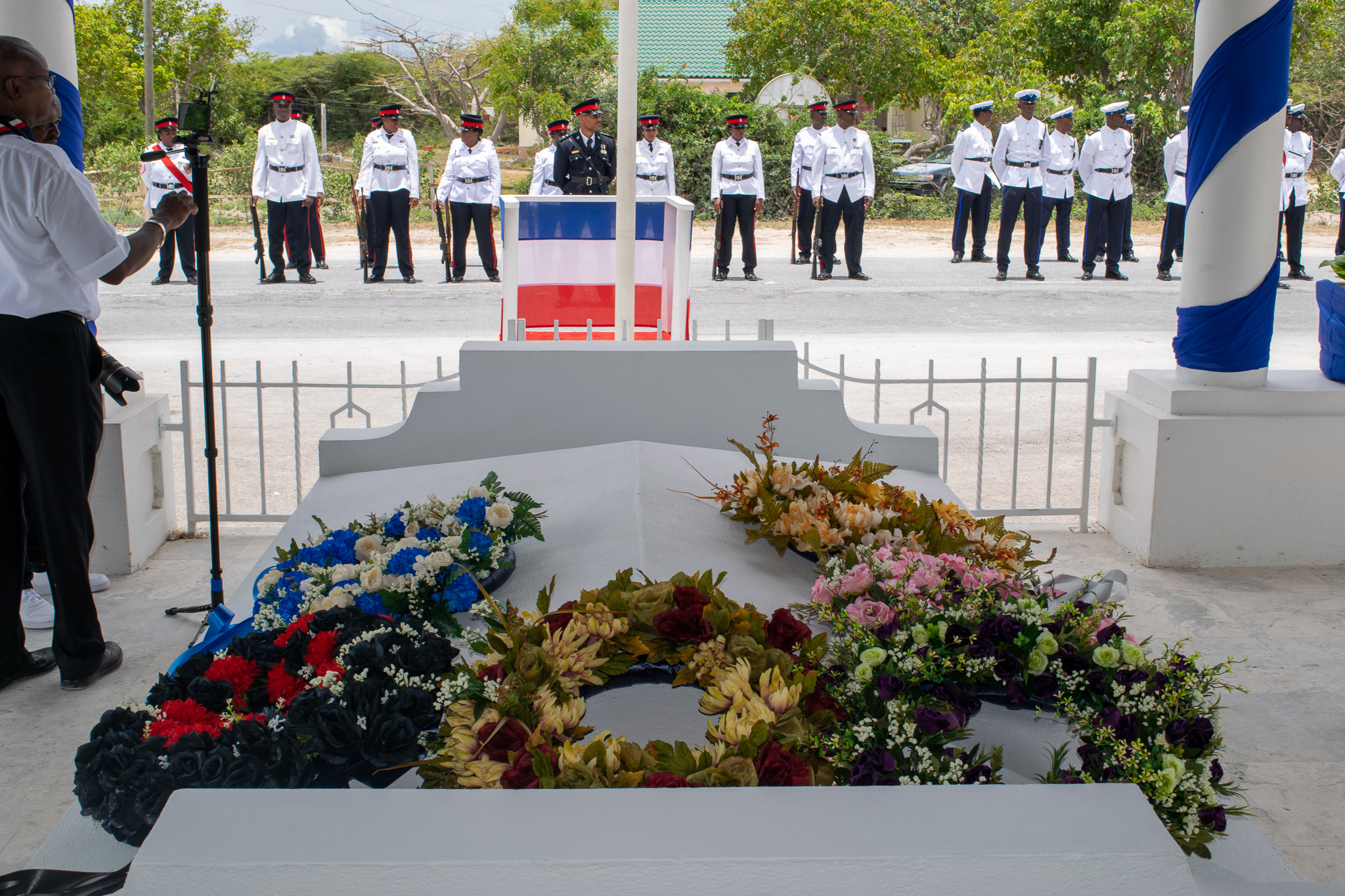 #Providenciales, May 30, 2019 – Turks and Caicos – Turks and Caicos finds itself fighting the same issues which JAGS McCartney overcame in the 1970’s and the only solution is a coming together of the people of the islands, said keynote speaker at the annual Memorial Service to honour the country’s first Chief Minister, in the service held on Monday May 27, 2019 in Grand Turk.

“We must come together; some of the same demons that he conquered.  We are fighting (and I’m not calling no one a demon, so don’t get no thoughts in your mind) but we must come together.  Even the UK Government said recently that we will only entertain constitutional changes if both sides come to the table.  So, I implore you to come together, putting politics aside because if we don’t fix it now, we all will suffer,” said Rev Wilbert Jennings, Pastor of Kingdom Dominion International Church.

The National Hero’s Day Memorial service is usually a demonstration of the most honourable gestures of love and appreciation for the late, Most Excellent James Alexander George Smith McCartney and to present a message to the nation at this auspicious occasion is a great privilege. This year, on the 25th anniversary of the holiday, it was Rev. Wilbert Jennings opportunity.

“If JAGS was able to do what he did with the little strength and the effort he had at the time under the circumstances; how much more can we accomplish right about now.  He was resilient and strong, a man for the people.  JAGS demonstrated that leadership is not measured by how much people serve you, but by how much people you serve.”

Rev Jennings reflected on some of the causes JAGS championed for the people while an ordinary citizen with no formal political place.  Demanding that Turks and Caicos benefit from monies the United States was paying to be stationed in the islands; saying monies should be used for infrastructural development of the TCI instead of being fully pocketed by the British.

There was also a story shared by the speaker about JAGS’ demanded better wages for islanders and his selfless style of leadership.

“JAGS went into politics not to enrich himself, but to enrich the lives of other people which was evident by the fact that he did not accept a salary for a certain period of time but allowed the money to go into the treasury to be used for other purposes.”

Rev Jennings, who originates from Grand Turk and is an executive member of the Turks and Caicos Christian Council gave this advice: “Anyone that aspires to be a leader in this country must respect and honour what this man has accomplished.  Even if you have in your mind that there is somebody else who should have this day, fine, but today is his day.”

The Most Excellent JAGS McCartney died in a plane crash off New Jersey on May 9, 1980 at just 34-years old; by then he had served four years as the first Chief Minister of the Turks and Caicos Islands.

The late James McCartney remains the country’s only national hero.