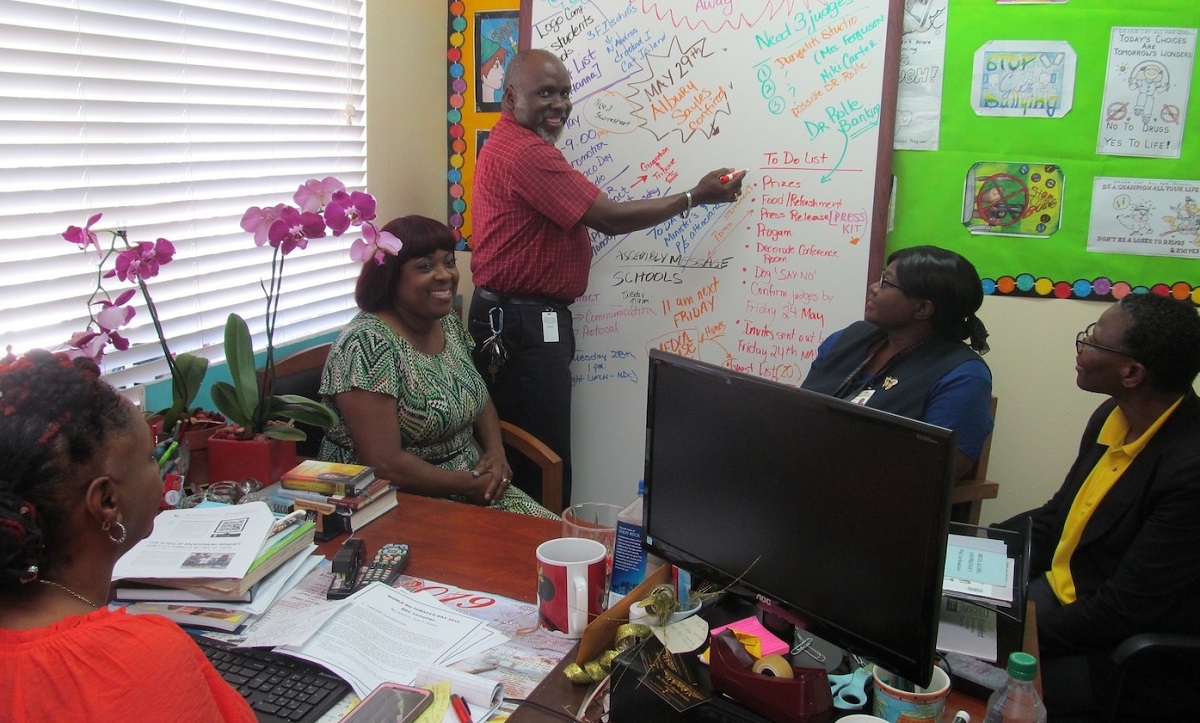 #Nassau, May 28, 2019 – Bahamas – Officials at the Bahamas National Drug Council (BNDC), Ministry of Health, will use the 2019 observance of World No Tobacco Day (WNTD) as an opportunity to conduct a “Say No to Bidis” Awareness Campaign aimed at school-aged children.

The Bahamas will join the World Health Organization (WHO) and its other global partners in observing WNTD Friday, May 31. The day has been used as an opportunity to raise awareness to the harmful and deadly effects of tobacco use and second-hand smoke exposure, and to discourage the use of tobacco in any form. The Bahamas’ observance will be held under the theme: “Don’t Let Tobacco Take Your Breath Away.”

The “Say No to Bidis” campaign is in response to a 2013 Global School Health Survey (GSHS) spearheaded by the Pan American Health Organization (PAHO) to provide accurate data on health behaviours and protective factors among students primarily between the ages of 13-15 years, and which indicated that 86 per cent of those that participated in the survey reported having “tried” a cigarette before the age of 14.

Dr. Novia T. Carter-Lookie, Director of the Bahamas National Drug Council, said the relatively low cost of bidis when compared to cigarettes; their flavours, the smaller size, and the fact that they are legal (as opposed to marijuana), make them more attractive to school-aged children.

Known as the “poor man’s cigarette” in The Bahamas because they can be purchased for as little as 20 cents per stick, researchers say bidis typically deliver 3-5 times as much nicotine, tar and carbon monoxide as conventional cigarettes – though smaller than cigarettes.

(Also referenced as Beedies or Beedis, Bidis are small, unfiltered cigarettes made from a hand-rolled, flavoured tobacco tied with a string. Researchers say to make them more appealing, bidis are often sold in flavours such as strawberry, grape, wild cherry, lemon lime, raspberry, mango, vanilla, cinnamon, chocolate, orange, mint and licorice, among others.)

Research, Dr. Carter-Lookie continued, further shows that adolescents (mostly of 10-15 years of age) generally indulge in smoking as a result of curiosity, adventurism, rebelliousness, attractive advertisements that influence the immature and unstable minds, and because they view it (in the case of boys) as a manly and masculine act that will lead them to happiness, fitness, wealth, power and sexual success.

Dr. Carter-Lookie said there are tremendous health hazards associated with the smoking of bidis.

“Research shows that tobacco smoke contains more than 7,000 chemicals, at least 250 of which are known to be harmful, including hydrogen cyanide, carbon monoxide, and ammonia. Among those 250 known harmful chemicals in tobacco smoke, at least 69 can cause cancer,” Dr. Carter-Lookie said.

“Smokers of bidis have an increased risk of heart disease as well as cancer of the mouth, lungs, stomach and liver. One bidi contains seven times more nicotine, and five times more tar than a cigarette. Bidis, in contrast to the more porous paper wrapper and filter assembly used in cigarettes, allow less opportunity for air dilution of the mainstream smoke or for volatile species such as CO (the wrapping) to diffuse outward through the wrapper. So, where do you think it goes?

“The relatively low combustibility and non-porous nature of the tendu leaves (with which bidis are wrapped), requires more frequent ad deeper puffs by the smoker to keep bidis lit and is therefore harder on the smoker’s lungs than cigarettes rolled in a paper. Let us be clear, we are not promoting cigarette smoking over the smoking of bidis, as both are dangerous to one’s health.

“With all of the above-mentioned data readily available and easy to access, why smoke when it kills you?” Dr. Carter-Lookie asked.

World No Tobacco Day has been observed by the World Health Organization and it’s global partners since 1987.

The focus of World No Tobacco Day 2019 is on “tobacco and lung health.” The campaign is intended to increase awareness on the negative impact that tobacco and tobacco products have on people’s lung health, from cancer to chronic respiratory disease, and the fundamental role lungs play for the health and well-being of all people.

Photo Caption: Officials at the Bahamas National Drug Council (BNDC) go over last-minute details for the observance of World No Tobacco Day (WNTD) scheduled for Friday, May 31. The day has been used as an opportunity to raise awareness on the harmful and deadly effects of tobacco use and second-hand smoke exposure, and to discourage the use of tobacco in any form.