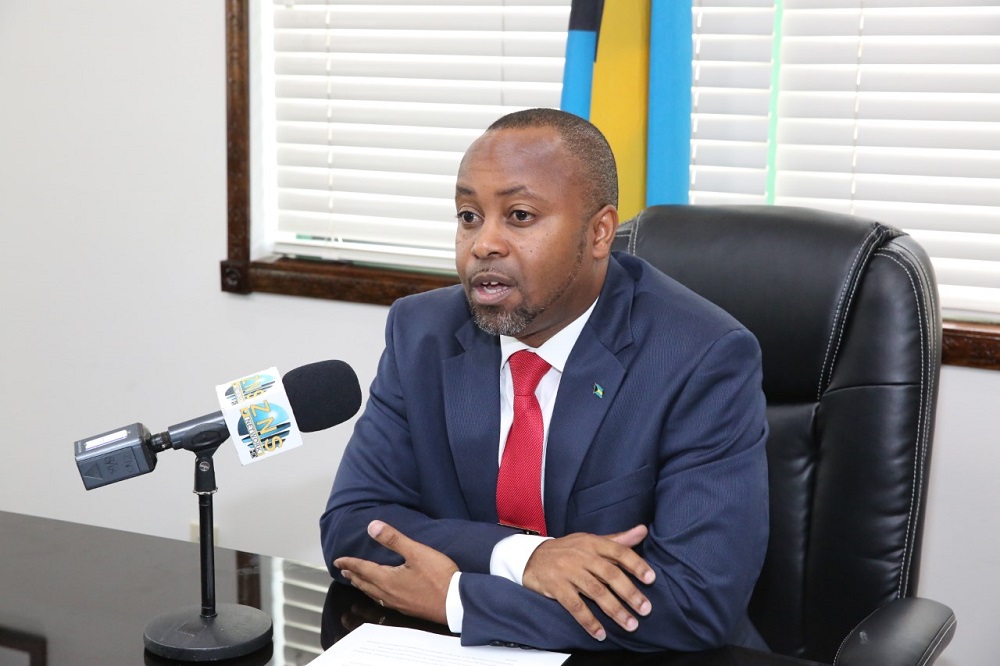 #Freeport, GB, May 10, 2019 – Bahamas – Responding to Taxi Drivers’ concerns on Thursday, May 9, Minister of State for Grand Bahama, Senator the Hon. J. Kwasi Thompson said during a press briefing at Office of the Prime Minister that issues that they currently face have been that way for years, but taxis are very important to the island.

The Minister was responding to statements made on Wednesday when union representatives held a press conference threatening action if something is not done to address their concerns by the relevant authorities.

Minister Thompson said, “We took a direct interest in taxis in Grand Bahama and helped to secure additional business for them. An agreement was arrived at between the Taxi Union and Bahamas Paradise Cruises, detailing that the taxi drivers would transport the overnight guests, and the tour buses would take the day passengers.  As a result of the agreement, it is estimated that taxi drivers will [earn] a significant amount of new business. Through this agreement, the taxis are able to build relationships with their passengers who are staying on the island overnight and, therefore, can arrange future trips which can result in a better experience for the guests and more economic activity for the driver. We know there are issues which continue to exist at the harbour and other locations and remain fully committed to working with the taxi union.”

The Minister further stated that the government is working to bring more business to the island and they will ensure that taxis get their fair share of the business.

“We believe that while we must fix the existing challenges we must also work to complete the major investments such as Royal Caribbean/ITM, and Carnival cruise Port which [pose] tremendous potential for taxis. We have urged them to prepare themselves for what lies ahead.”

Another concern the taxi drivers have is the issue of increased fares. The Minister closed by saying, “On the issue of the increase for GB Taxis fares I am advised by the Minister of Transport that the increases have been approved by the government and tabled in Parliament and only need to be gazetted before they come into force. This process is estimated to be completed before the end of month.”

Photo Caption: Minister of State for Grand Bahama in the Office of the Prime Minister, Senator the Hon. J. Kwasi Thompson, said on May 9, 2019 that the government is working to bring more business to the island and will ensure they get their fair share of business.