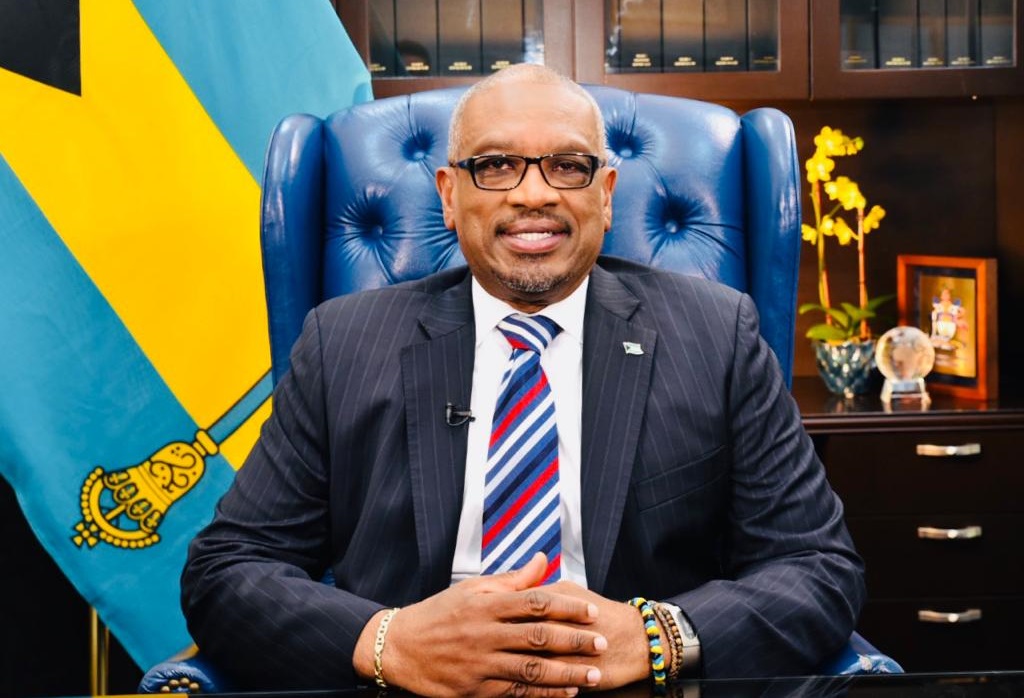 #Nassau, May 22, 2019 – Bahamas – Making good on his promise to impact the lives of Bahamians, Prime Minister the Most Hon. Dr. Hubert Minnis outlined areas of transformation, in an address to the nation, toward this end.

It was his third National Address for 2019, delivered on Monday, May 20; and the final in a series of such reports, in which he outlined land reform, renewable energy and modernization of public services in a digital global world.

“These reports are intended to provide updates on how your government is working for you.

“It is one of my most important responsibilities to inform the Bahamian people as to how your government is working to improve the daily lives and livelihoods of citizens and residents,” the Prime Minister said to a nationwide audience via broadcast stations.

The Prime Minister also highlighted major reform efforts underway to digitize and modernize government services, and the implementation of a system to clear the land application backlog and restructure the application process for Crown Land.

“A major goal of our government is to continue the reform and modernization of our Bahamas through innovative ideas and technology,” he said.

He added that this transformation is expected to take place on the eve of the country’s Jubilee Independence anniversary.

“There must be easier access to information such as: the wide range of economic and tax concessions available for Bahamian investors and businesses, lists of companies and individuals who have government contracts, and other information and data that should be easily available to the public,” the Prime Minister said.

In the area of land reform, which remains a key priority of his administration, he said that through the Ministry of the Environment and Housing several thousand serviced lots will be transferred throughout The Bahamas to Bahamians over the next several years.

“We are restructuring the application process for Crown Land.  We will reduce the number of months to attain Land Leases or Crown Grants,” the Prime Minister said.

And, with construction being the second largest sector for tremendous growth, the Prime Minister noted that several mega projects are coming on stream, especially on Grand Bahama; and road works on New Providence and the Family Islands.

“Capital works by the private sector and government are essential in creating more economic opportunities for Bahamians, including many more jobs and more business for Bahamian vendors,” he said.

In the area of renewable energy, the Prime Minister announced that candidates have been shortlisted to participate in the Request for Proposal process for a solar generation facility in Ragged Island.

“The RFP is expected to be published soon.  Barring any unforeseen circumstances, the current projection for completion of the facility is by year’s end,” he said.