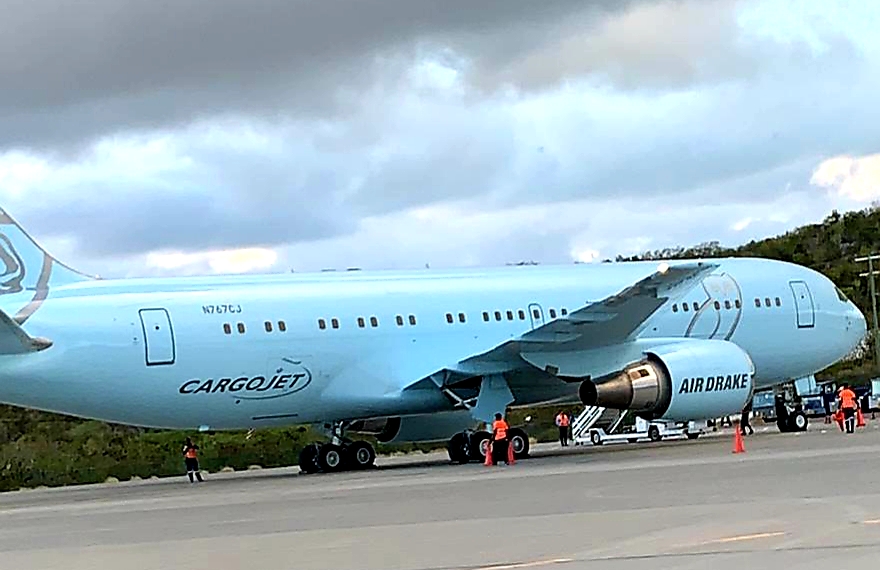 Still, it is a pretty handy feather in the TCI’s cap, that the world’s number one artist in digital music sales is so smitten with the territory and its pristine beauties that the first stop for his brand new, $200 million-dollar plane was in Providenciales, Turks and Caicos Islands.

AirDrake is parked out there; bright, white and waiting for take-off with its namesake and his guests aboard.  The Boeing 767 features many amenities including bedrooms, lounges, and luxury furnishings and fixtures.

There is video and photos of the private and guest of Drake, fellow recording artist, Popcaan who also received a tour of the new plane.

Popcaan, aka The Unruly One, originally hails from Jamaica and spent years in St. Thomas.  The reggae fusion artist this year signed to Drake’s Toronto-based record label, OVO.

News reports say Drake arrived in the TCI on Tuesday May 14.  It also reports that both artists are still here.