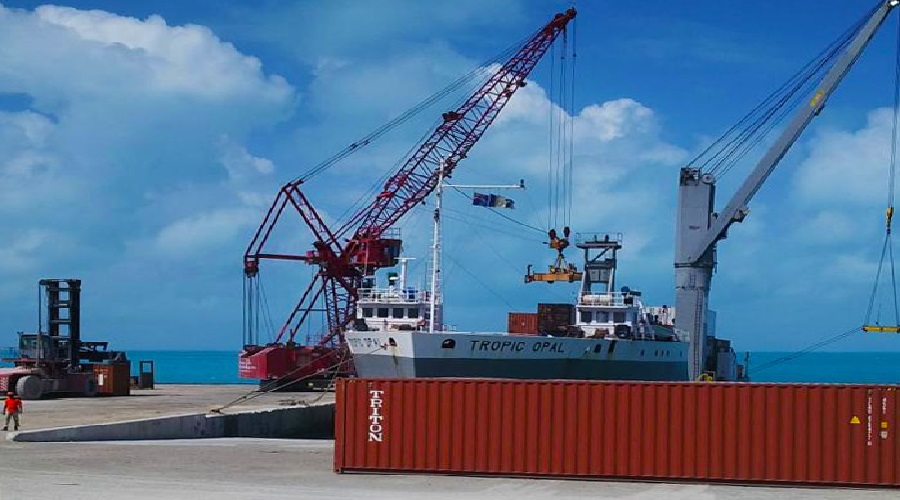 #Providenciales, April 18, 2019 – Turks and Caicos – Revenue on imports have consistently increased year after year in the Turks and Caicos Islands; consumption is at a high and that means monies earned on customs duties are surging however, it is a bitter-sweet situation.

“Mr. Speaker, imports and other customs related duties are forecast to contribute $114.4 million…” said Premier Sharlene Robinson on Tuesday in the House of Assembly as she laid the Appropriations 2019-2020, Estimates of Revenue and Expenditure, which must come ahead of the Budget debate currently slated for May 1, 2019.

The premier pointed out that the earnings on customs activity accounts for some 38 percent of national income and reflects a “2.5 percent greater than the unaudited outturns for 2018/19.”

According to published information at the Department of Statistics website, imports are steadily climbing to the 2008 level, which showed peak performance for the Turks and Caicos with over $591.2 million in goods brought into the territory.

Top three imported goods to the Turks and Caicos Islands for 2018 were machinery and vehicles, at nearly $98 million; food which amounted to over $93 million in imports rounding out the top three, were fuels, lubricants and related materials, at a value of just over $87 million.

The United States and The Bahamas are the leading trade partners, accounting for 95 percent of goods brought in; over 85 percent of the items though, come from the USA.

As to the bitter; export of goods from the TCI to other countries is struggling at only $5.8 million in 2018 compared to a peak performance, also logged in 2008 of $24.7 million dollars on the value of goods leaving the TCI.