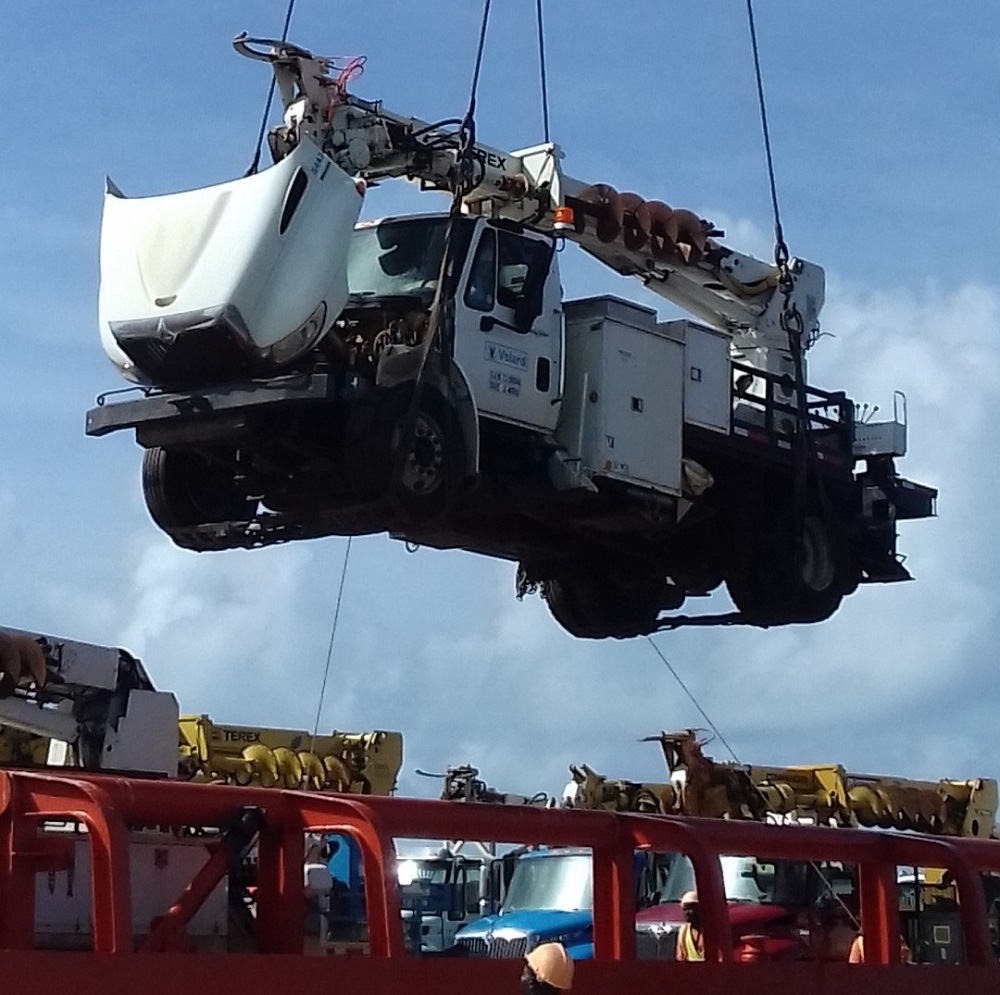 #Providenciales, April 27, 2019 – Turks and Caicos – The South Dock facility has been the leading gateway for billions of dollars of infrastructural development and creation of wealth opportunities for Turks and Caicos residents and investors and now the port is positioned for a transformation worthy of its work.

Acting Director of the Ports Authority, Delton Jones, this week told the Appropriations Committee that consultative work is done and Cabinet approval has sanctioned that the time is right for the expansion of the dock.

“I think that project is long overdue.  That port has sustained economic developments in Provo for over 25 years and is nearing the end of its useful life.  During the course of the financial year, we undertook a consultancy to appraise a project for the re-development of that port, the project came back showing that we have a technically viable and economically and financially viable project that we can re-develop at that site,” said Mr. Jones.

The Ports Authority Board and Cabinet have accepted the recommendation of the report.

“We are going to be developing the Port while the port remains operational.  Because of that it would be longer than if you were developing from a greenfield site.  The idea is that this financial year we would start and the idea is to build two new berths in the port so that you can slip the operations now over to the new site and then you build two additional berths at the current berth.  So, at the end of the project you should have about four berths.

The entire layout will be impacted by the re-development which is also a re-design.

“All of the buildings that are currently in the port yard should be relocated out of the port so that you would be able to improve the efficiency in terms of traffic flow, container management and also you would bring on a second gate so that you have a gate for general cargo, a gate for bulk cargo  as well.”

In the interim, capital projects are slated to take place to improve impediments in Providenciales, Grand Turk and North Caicos and to initiate refurbishment construction due to 2017 hurricane season damages; cited was South Caicos where the dock there was damaged.

“So, we will do some pocket dredging, we do some improvements to the pavements which will improve the safety for the people using the Port as well ahs reduce the wear and tear on the stevedoring equipment.”

A final appraisal is to be submitted this year and it is projected by year end, the re-development of South Dock can commence.

Mr. Jones, in responding to questions from the Member from South Caicos, Hon Ruth Blackman added that CCTV cameras are already bought and the $48,000-line item is for the industry standard installation of those cameras at all Ports Authority docks around the country.