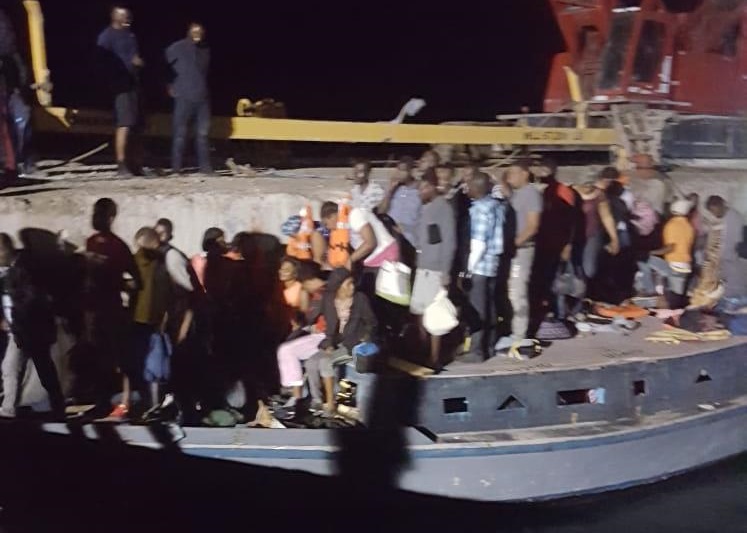 #Providenciales, March 7, 2019 – Turks and Caicos – Residents of Wheeland have been smelling smoke since Monday and now a boat from Haiti is caught by the Marine Police with 85 illegal migrants on board the vessel; the residents say it is not a co-incidence.

Despite dispute over whether or not the fires at the dump site in Providenciales have for years been serving as a smoke signal to human smugglers; residents are convinced that the fires are exactly that.

Light and smoke signals illuminating the dark sky and sending tall billows into the air to indicate to the illegal boats, the way to land.

In 2019 so far, there have been two instances where the theory seems to hold merit.  A fire was lit in early February and illegals made landfall; most escaped into the dense bushes.  The February fire burned for three weeks and polluted the area.

There is no word as yet on where the new fire is burning and its severity.  There is word however that a 36-foot gray-coloured wooden sloop was intercepted by the Marine branch just SW of West Caicos at around 8:30 pm on Tuesday.

Fifty-four males and 31 females were brought into South Dock, Providenciales about two hours later and the illegal Haitians are being held at the Detention Center awaiting repatriation.