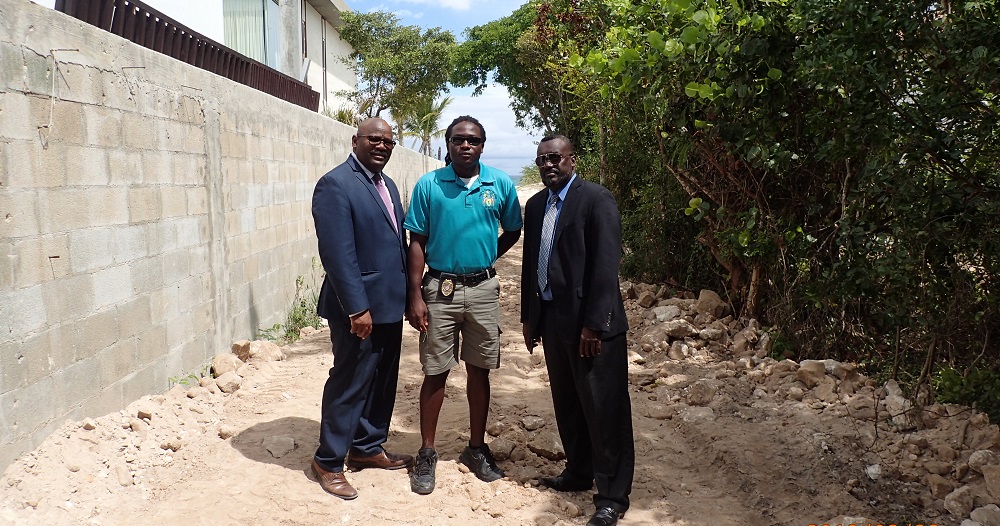 #Providenciales, March 29, 2019 – Turks and Caicos – The Department of Environment and Coastal Resources (DECR) would like to inform the public that following an incident at the Cherokee Road Public Beach Access (Providenciales) where the public access had been illegally blocked – this issues has now been corrected and public access has been renewed.

Following multiple reports made directly to the DECR and on social media, on Monday morning (March 25th) a joint Government investigation was conducted by Officers from the Department of Survey & Mapping, Planning Department and DECR. Officers confirmed that the access was on Crown Land and that an obstruction of quarry had been illegally developed. The Government is continuing to follow leads into the incident, but the obstruction has now been cleared and public access to Babaloa Beach can continue.

Hon. Ralph Higgs stated emphatically, “We are proud of our world renowned beaches here in the Turks and Caicos and the Government is committed to ensuring that the public can continue to enjoy our beautiful by nature shores. The beaches are for responsible public use and any obstruction of a public beach access will not be tolerated. Offenders will be prosecuted to the full extent of the law.”

The DECR would also like to urge members of the public to report such activities by contacting the Department at 338-4164 / 338-4170 or email environment@gov.tc