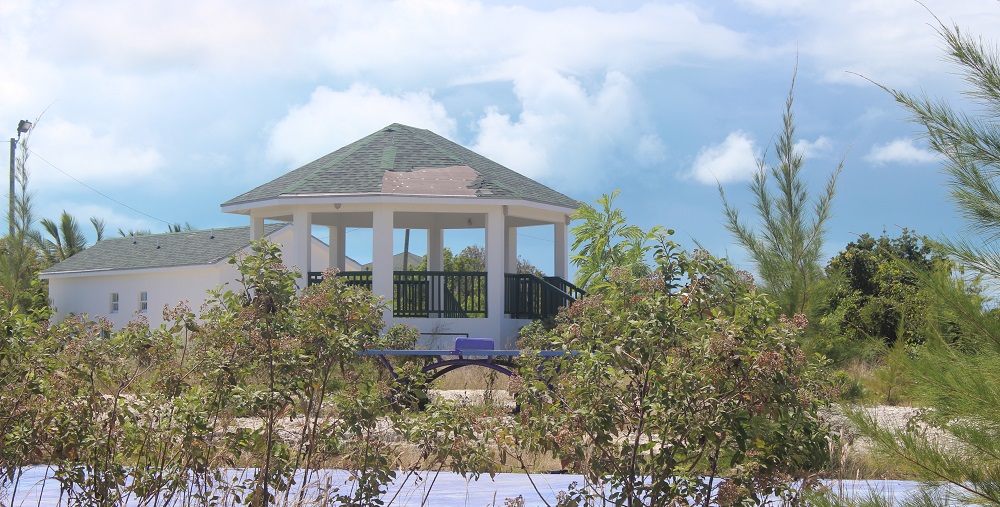 #Providenciales, March 31, 2019 – Turks and Caicos – At first “under-funded”, incomplete and neglected and now, battered by two hurricanes; the Leeward Community Green Park was meant to be a model site promoting health, wellness and community spirit but it is sadly, an abandoned and expensive mess… but there is hope!

Still, there is attention being given to the site on Yellow Elder Street in Leeward Palms as a parliamentary question from the Member of Parliament for the District elicited response from the Minister with the responsibility for Sports.

On Monday, Hon Edwin Astwood said: “The Leeward Green Park; we have some additional fuds that will be coming in this financial year to complete that park.  It would be premature of me to say when that park will be completed.  I know that those funds will be made available at the sum of some $100,000 extra to compete that park.”

Hon Akiera Misick asked the question about the park, which was commissioned in 2016when she was Minister of Sports.  A great concept which was replicated in South Caicos and which on that island is much better managed.

The site in Providenciales is with overgrown shrubs, shingles missing from the gazebo roof and a generally unwelcoming area which actually boasts basketball court, restroom facilities, outdoor gym equipment and a covered gazebo which can double as a stage.  It is spacious and even has a ping pong table and playground equipment; but it is hard to see and appreciate all of those features due to the general lack of upkeep.

The MP had a follow up related to just that; upkeep.

“The site will be managed by the Sports Department which may at that time be the Sports Commission.  Just as we would manage the basketball courts and the other parks that are in the government’s remit, Minister Astwood added, “No, currently it is not being managed by the Department of Sports.  Most parks throughout the Turks and Caicos Islands are entrusted to community groups, however if community group wants to turn that over to the Department there is a process, we can go through to turn that over to the Sports Department.”

The Minister proposed that the Community can request to take over management of the park. As for when the work will begin for the repairs and maintenance of the Green Park in Leeward, there was no date given.

Once again, the procurement process of TCIG – which is often described as tedious – was identified as a key step to getting the park restored.