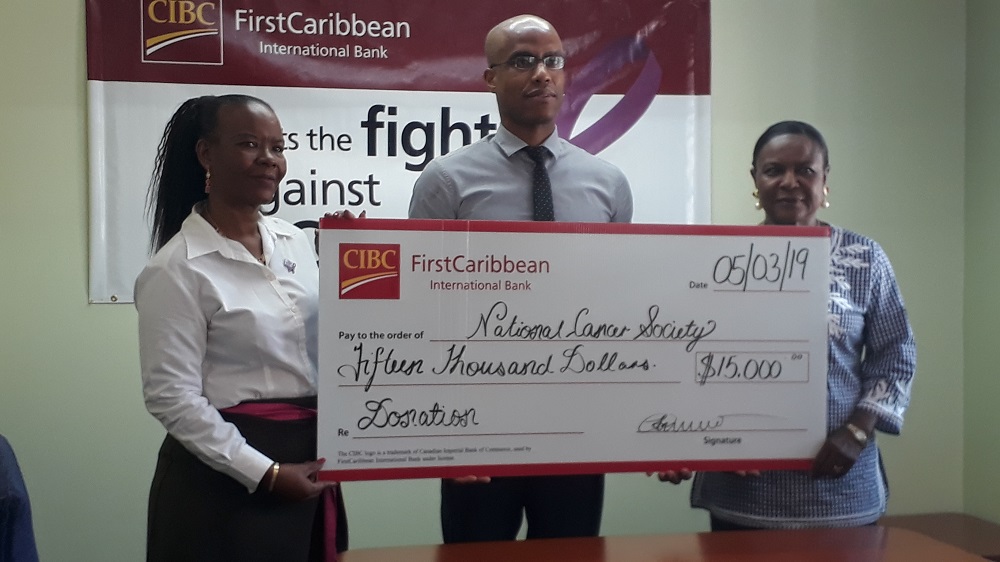 #Providenciales, March 6, 2019 – Turks and Caicos – As many as 40 people from infant to 90-years-old from the various islands of the TCI are benefiting financially from the donations made to the National Cancer Society; this made the handover of a $15,000 cheque from CIBCFirstCaribbean welcomed, this morning.

Founding president (Lucille Lightbourne) and current president (Rosemary Jolly) of the National Cancer Society accepted the donation and thanked the bank and its team for the tangible commitment it has shown over the past seven years.

Bank Manager, Larry Lawrence presented the cheque, but not before commending his staff and their corporate partners who have made it possible to donate some $60,000 over the years.

The cheque presentation was made at the Grace Bay Branch of CIBCFirstCaribbean, and reflects support from staff of all of its three branches in the Turks and Caicos Islands.