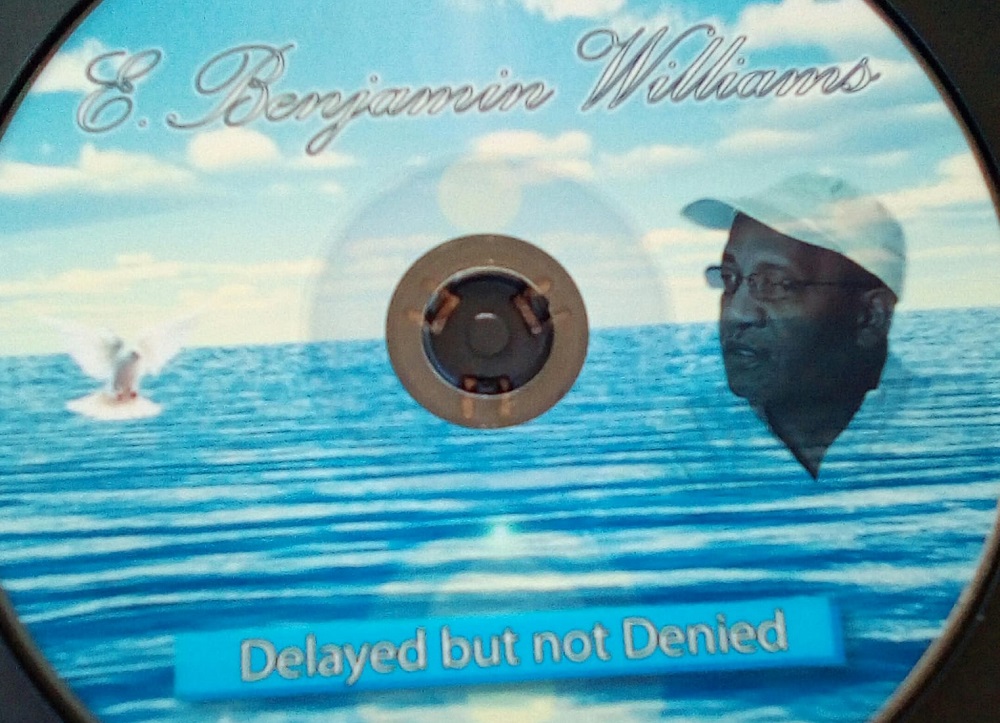 #Providenciales, March 19, 2019 – Turks and Caicos – Released a week ago, the newest production from E. Benjamin Williams.  The album called: ‘Delayed but not denied’ features nine tracks and was produced by Donavan Capron.

Elder Williams, who some years ago released a book of spiritual poems, was joined on the album by his son, Tamiko Williams who is listed as key background vocalist.

The CD is available in Providenciales and Florida.  Locations in Nassau and Freeport, Bahamas are said to be next stops for the new release.

Get ‘Delayed but not denied’ at CDBaby online also.