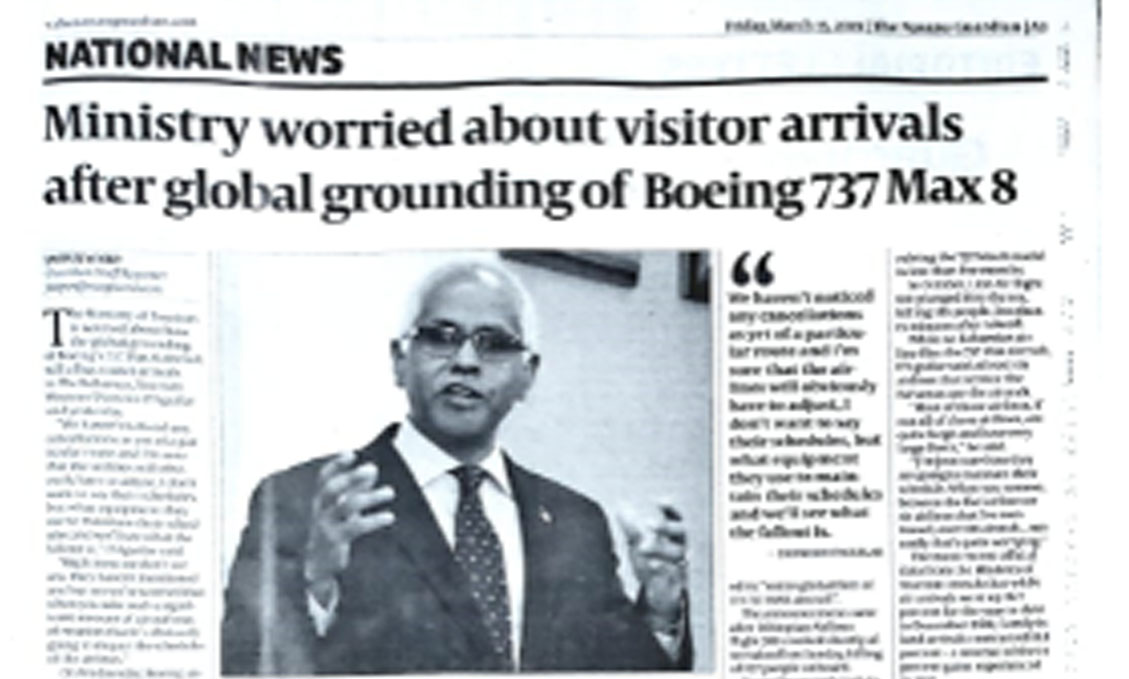 #Nassau, March 18, 2019 – Bahamas – Questions are now being raised as countries in the Caribbean region begin to contemplate the potential fall out due to the loss of so many aircraft with the grounding of the Boeing 737 MAX 8 and MAX 9 in as many as 40 countries.

This has put over 100 planes out of commission and with airline capacity already strained, some worry the loss could mean a reduction and certainly a re-routing of aircraft to fill voids to the disadvantage of the Caribbean.

At least one regional Tourism Minister is voicing concern in media.

The Nassau Guardian reports that Bahamas Minister of Tourism and Aviation, Dionisio D’Aguilar has admitted that so far, thankfully, there are no cancellations and airlines have not communicated that destination Bahamas will be impacted by the temporary grounding of the airplanes.

“…but yes, we are worried that when you take such a significant amount of aircraft out of rotation that it’s obviously going to impact the schedules of the airlines.”

The grounding of the new generation of Boeing aircraft came out of the abundance of caution following the crash of Ethiopian Airlines flight 302 on Sunday March 10; all 157 people on board the MAX 8 died.  Lion Air had a similar fate in December 2018; all 189 people perished when the flight dropped into the Java sea; also happening shortly after take-off.

“When you remove between the five airlines or six airlines that I’ve mentioned, over 100 aircraft… naturally that’s quite worrying.”

Air arrivals for 2018 for The Bahamas were recorded as up 16.7 percent. Jamaica’s Tourism Minister is not so ready to confess concern.

An Editorial (Travel Jitters High) in the Jamaica Gleaner chastises Minister Edmund Bartlett for what it believes is a nonchalant response to a potentially major fallout.

The results of the investigations into what caused two deadly MAX 8 crashes are anticipated and key to the future of Boeing and the MAX planes.

Officials, in news media reports shared that it could be months before those revealing reports are completed.