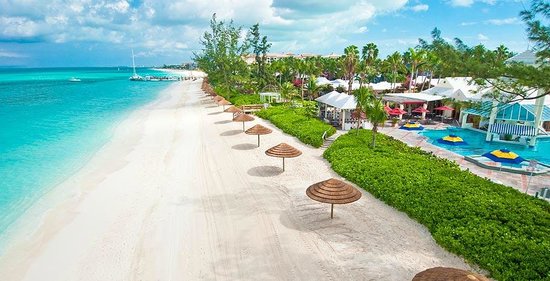 #Providenciales, March 14, 2019 – Turks and Caicos – An unprecedented interest rate of 213 percent, an audit which exonerated the family all-inclusive resort of fiscal misbehavior, a surprise bill of reported back taxes, breach of government’s own agreement and deviation from its own written assurances plus over-payment of taxes by Beaches are among the reasons, Sandals Resorts International says it is forced to move forward with the lawsuit against TCIG.

“It is indeed most unfortunate that we had to litigate against our host country, but given the injustice we had no alternative. Based on the number of communications that our organization has been receiving, it is clear that the investment and banking community together with the travel trade including the airlines are all paying close attention to see whether the Government will honor its commitments.”

An Amnesty Bill was passed in the House of Assembly on March 4, 2019 and it continues to ignite spicy debate in the territory.  The Amnesty, linked to the Hotel Restaurant Tourism Taxation ordinance, has led to revelations that Beaches Resort reportedly owes TCIG, about $26 million in principal fees and will no longer have to pay penalty fees of about $85 million.

But apparently, the amnesty is not enough and Beaches, in the media release issued today explained that the math of the Revenue Control Unit is wrong and the infringements against Beaches are too expensive to ignore.

“As made clear in a previous statement Beaches TCI has for the past 23 years in which it has operated in the Turks and Caicos Islands, punctually and accurately paid taxes according to law. As a matter of fact we are always first in line when it comes to paying our taxes.  Rather it is the Government of the TCI that is indebted to Beaches in respect of genuine over-paid taxes and refunds.”

Beaches itemized some areas, “Two of the largest items are (i) refund for taxes on children under 12 and (ii) custom processing fees.  There are other areas of over-payment and positive tax adjustments which the Government is required to make in favour of Beaches, and these and other related matters are the subject of law suits which regrettably, we have been compelled to file.”

Beaches Resort Villages and Spa filed that lawsuit in January; their claim is for tax refunds.