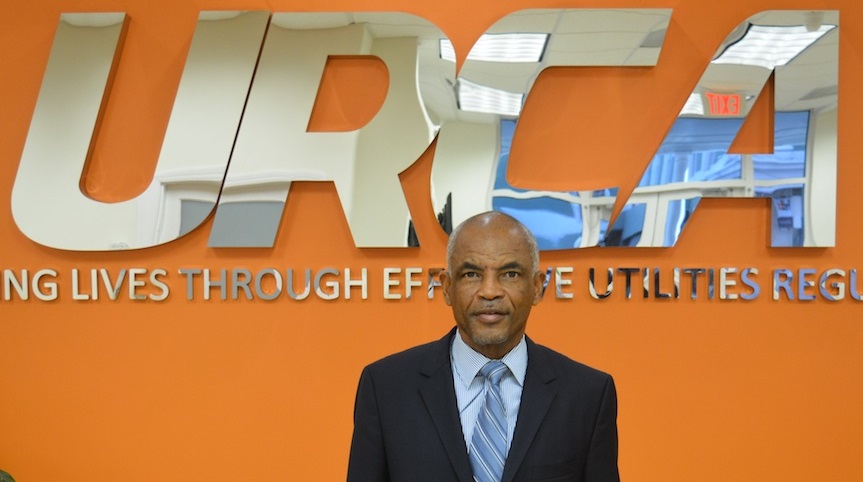 As DEC, Mr. Smith will have the overall responsibility for URCA’s regulatory activities in the Electronic Communications Sector (ECS).  In collaboration with the CEO and under the supervision of URCA’s Board, the DEC leads the organization in the fulfillment of its mission in the ECS in the Bahamas. This sector includes, landline and mobile phone services, internet services, broadcasting, spectrum management and Pay TV.  As DEC, Smith will also serve as an executive member of URCA’s Board.

In welcoming Mr. Smith, CEO Stephen Bereaux, said the new Director’s thirty-four years of experience in media, including more than a decade in leadership roles, makes Mr. Smith an ideal candidate for the role”.  His particular expertise in broadcasting and journalism will be an asset to URCA as it continues its regulatory functions, particularly in spectrum management and broadcast content regulation.  Smith, who spent  25 years at The Broadcasting Corporation of The Bahamas (BCB), facilitated ZNS TV-13 television technology transition and the upgrade of its IT infrastructure and AM Transmission System. His time at BCB was followed by six years at Guardian Radio, as Station Manager and then as the host of a popular talk show.  Carlton brings a wealth of knowledge, experience and passion to this role which we are certain will serve him well as he joins the URCA team in ‘Improving lives through effective utilities regulation’.  One of his immediate roles will be to work with the BCB on the transition to Public Broadcasting”

As he prepares to take on the challenge as a regulator, Mr. Smith says he is excited to be joining a group of highly motivated and passionate individuals and looks forward to assisting the organization on its continuing mission to “Improve lives through Effective Utility Regulation”.

Smith is a graduate of The London School of Journalism and The University of Sussex through Ravensbourne College of Design and Communication in London, now Ravensbourne University.  Mr. Smith also holds Graduate Certificates in Management Development, Business Communication and Information Technology.

The Utilities Regulation and Competition Authority (“URCA”) is the independent regulator of the Electronic Communications Sector (comprising broadcasting, radio spectrum and electronic communications) and the Electricity Sector in The Bahamas.